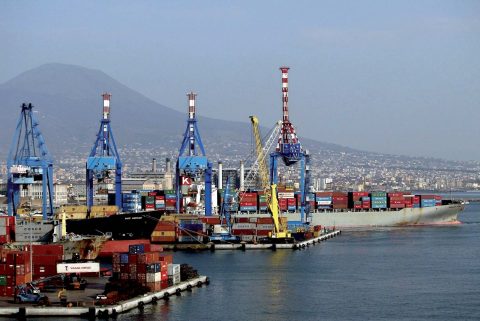 The national Italian rail company FS Group and the Naples port have signed an agreement to revive its rail freight connection. FS and the port authority will analyse the necessary civil works to repair the railway track, currently unused.

The Swiss sea shipping firm Mediterranean Shipping Company (MSC), which has a hub in Naples port, has already expressed its interest in offering a rail freight service between the port and several inland towns in the province of Campania.

The port authority wants to build a new rail freight station, which can handle 750-metre trains. Thus, it would recover many sea-shipping traffics, after Gioa Tauro port, in southern region of Calabria, having become the biggest Italian port, surpassing Naples and Genoa.

Gioa Tauro is a key port in the sea traffics from Far Eastern countries to Europe but the issues in the rail freight connections in Southern Italy blockades its choice of playing a leading role similar to Rotterdam port.

At the same time, the infrastructure deficiencies are one of the key reasons to explain the economic differences between Central and Northern Italy and the Southern regions. These regions have a bottleneck in their train connections. That is the reason that is a hard task of finding a logistics provider, which can assume competitively priced services in all the regions of the Italian peninsula.

Thus, the rail connectivity in the southern Italian ports with northern regions and Central Europe will be a key project of the Italian infrastructure plans.