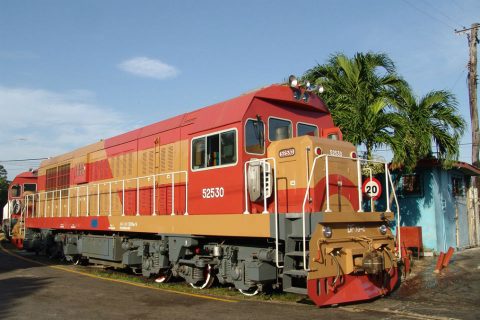 Cuban Union Railways (UFC) announced a strategic plan to revive rail transport through updating the existing network and constructing new rail freight stations. The project, which is to be carried out from 2018-2028 should increase freight volumes to 22.5 million tonnes in 2022.

Cuba wants to increase rail freight and passenger services to save logistic costs, made “due to the special geography of the (main) island, with a narrow and very elongated territory”, the vice-president of UFC, Emilio Esposito Neira, stated in the national daily newspaper Granma.

As part of the project, it will construct a rail freight station in Matanzas, on the north coast close to Florida (US) and the Bahamas islands. This will result in the first new rail freight station after having opened one in the Special Industrial Zone of Mariel, 45 kilometres far from Havana. This area will become a complementary logistics hub to Havana, with a new port and rail and road connections.

The project is part of a reform programme, started by the Raul Castro government in 2008. After long recessive and stagnating economic periods (1991-2000) due to the end of subsidised oil from the former Soviet Union, the Cuban government started to modernise its national companies and propel private initiative.