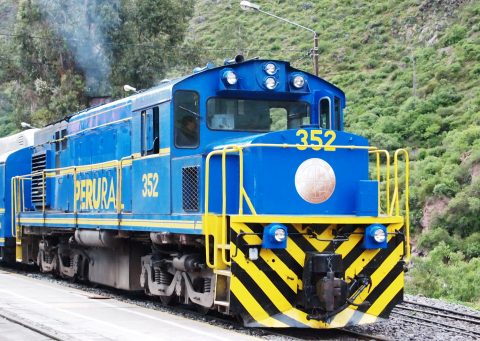 The Peruvian Ministry of Development has announced it is to invest the equivalent of around 51 million Euros (200 million PEN) into new freight and passenger rail networks.

These new rail networks will be completed in 2022, and comprise three key projects. The first one is the railway tunnel between the capital Lima and Huancayo, the main city in the central Peruvian Andean region. The infrastructure will cut the travel time between the two cities from 12 to six hours.

The second project is a line between Barranca and Ica, crossing Lima, which will be 475 kilometres long. Ica is one of the main agricultural areas in Peru, supplying Lima and using Callao port to export to the USA and Asia. The third planned infrastructure is the 65-kilometre line between Tacna and Arica, which spans the Peru-Chile border. Tacna is the main agricultural and cattle hub in southern Peru, using Arica as its main port in the Pacific Ocean and as its gate to the Chilean market.

Peru has enjoyed the longest and most stable economic growth in South America, with an average 5.9 per cent growth over 10 years. It has also achieved the most successful poverty decrease in South America. However, its lack of modern transport infrastructures has restricted this successful development, based on agricultural and mineral exports. This railway plan wants to be a milestone for this necessary modernisation.