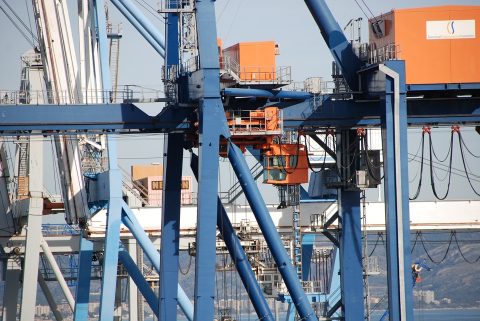 The Port of Castellon, in the Valencia region of Spain’s east coast, is to invest 37 million Euros to improve its rail freight connectivity with the north of the country. Francisco Toledo, President of its port authority, made the announcement to the boards of the regional industry associations of Navarre and La Rioja, which are in northern Spain.

These regional industry associations had a meeting to coordinate a communication campaign to press for an optimal rail freight connection between Castellon Port and these northern Spanish regions. La Rioja and Navarre are important industrial hubs, and their companies need good rail freight connections between the Mediterranean ports such as Castellon, and the Spanish Atlantic rail corridor, where Bilbao (in the Basque region) is the most important port.

“The rail freight corridor between Castellon port and Northern Spain will have an average traffic of 48-54 trains weekly, which would be able to carry one million tonnes and 100,000 TEUs per year,” said Toledo.

Castellon is an interesting Mediterranean port for car manufacturers in Navarre, whose main manufacturer is the automotive firm Volkswagen, and Zaragoza, which has General Motors (currently owned by Peugeot-Citroen) along with winemakers in La Rioja. Toledo also stressed that a rail freight corridor between Castellon and northern Spain would be a competitive alternative to sea shipping and truck traffic between these two territories.