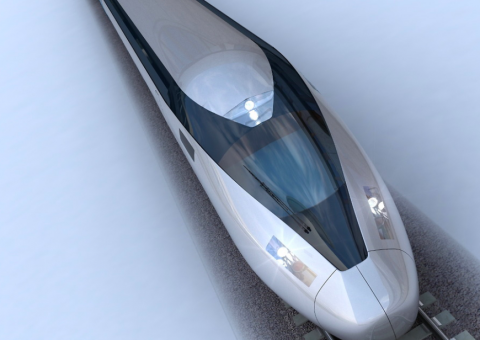 HS2, the UK’s landmark high speed train programme, has announced the names of those train builders all vying for a slice of business to deliver this enormous project which, it is hoped, will help free up capacity for more rail freight on existing routes. The shortlist comprises lstom Transport; Bombardier Transportation UK Ltd; Hitachi Rail Europe; Patentes Talgo S.L.U and Siemens PLC

All five companies will be invited to tender for the contracts, which will cover the design, build and maintenance of at least 54 trains coming into service from 2026. Following on from the opening of the new National College for High Speed Rail in Birmingham and Doncaster, this is the latest milestone passed as HS2, which will link London, Birmingham, the East Midlands, Leeds and Manchester, becomes a reality. In total, HS2 will create around 25,000 jobs and 2,000 apprenticeships both directly in construction and also across the UK-wide supply chain.

Concerns remain about just how much the rail freight sector can and will feel real benefits from HS2, which is focused on ensuring a better travel experience for tens of thousands of rail passengers, with scant detail so far on the implications for freight operators and forwarders.

The Government has previously said that the intention is that the new line will release capacity for freight on the West Coast, East Coast and Midland main lines. The Freight Transport Association (FTA) has previously said that freight will only benefit from rail capacity released by HS2 if the Government ensures it doesn’t have to compete with passenger operators through the existing train path bidding process, while the Rail Freight Group also says clarity is needed on how the freed capacity will work in practice.

A report by the UK’s Parliament House of Commons Select Committee on the High Speed Rail (London – West Midlands) Bill has already acknowledged several rail freight operators’ view that there has been a ‘perceived lack of ambition and urgency’ as they seek to secure benefits from the project for the freight sector, and that further guidance is required. The Committee says the long investment lead times will be needed to exploit released capacity had persuaded them of the need for greater engagement.