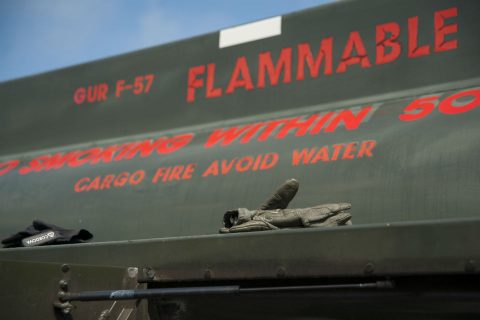 He calls it the safety railcar: a railcar equipped with a system that automatically detects and extinguishes a fire on a train. The American inventor Rob Glen published a patent with his idea, in response to the tragedies that history holds when it comes to the transportation of flammable goods by train.

Glen developed the idea after an unattended 74-car freight train carrying crude oil derailed in the Canadian town of at Lac Megantic.in 2013. The accident resulted in a fire and explosion of multiple tank cars and caused the death of 42 people. He believes that the safety railcar could prevent tragedies such as these from happening.

“Unfortunately, it typically takes a significant number of hours for firefighters to respond to a rail accident. Typically, the first responders do not know what the emergency situation entails, let alone have the materials and equipment in place to properly handle the situation. During this critical time the distaster may multiply exponentially and the fire may be considered out of control”, Glen explains.

The safety railcar has several sensors placed at strategic points. When a fire erupts, these sensors send a signal to an onboard controller, which responds by opening the valves of the railcar, allowing for pressurised water to enter the tank where the fire takes place. The fire is handled immediately and without the need for human interaction.

The concept is to immediately detect a fire and automatically extinguish it, thus preventing a tragedy of significant proportions. It is a delivery package and as such can be used against all dangerous goods, as long as a chemical combatant exists, he elaborates. In the patent this concept is explained further; there are various applications of the safety railcar, depending on the cargo. The type of response, but also the type and amount of signals sent before this response is iterated can be adjusted to suit the rail operation.

The safety railcar is an idea of his own and Glen hopes to gather the interest of either the general public, or through insurance company premiums.