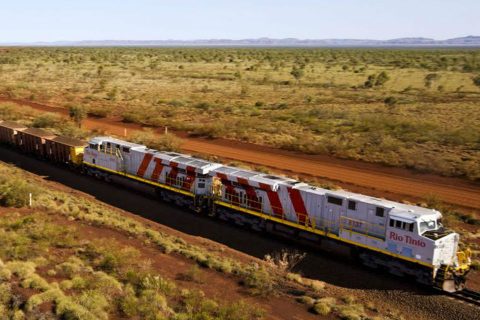 The journey from Wombat Junction to Paraburdoo was completed safely, being closely monitored in real-time by Rio Tinto teams and representatives of the Office of the National Rail Safety Regulator, both on the ground and at the Operations Centre in Perth. Rio Tinto Iron Ore chief executive Chris Salisbury said: “This successful pilot run puts us firmly on track to meet our goal of operating the world’s first fully-autonomous heavy haul, long distance rail network, which will unlock significant safety and productivity benefits for the business.”

Rio Tinto’s concept of complete autonomous freight trains is named AutoHaul. The first driverless freight train moved between mines and port in 2014. In the year after, the first locomotives entered the railway to test onboard systems, signaling and security systems and communication with the Operations Centre in Perth. In July 2017 the mining company operated autonomous trains on twenty per cent of its network, however, a driver was on board at all times to monitor the operation.

The autonomous train rides have led to impressive results. Gert Fregien of Knorr-Bremse elaborated at the Schienenfahrzeugtagung Conference of the Technical University of Graz: “Now 330 million tonnes of iron ore can be transported per year. Once the operation is completely autonomous, these volumes are expected to increase to 350 million tonnes.” According to Fregien, the autonomous operation will enable Rio Tinto to reduce costs, have more energy efficient train rides and eliminate the “complex process for the driver”.

Before official operations can be launched, all relevant safety and acceptance criteria must be met and regulatory approvals obtained. Once that is done, the trains will move between fifteen iron ore mines and four port terminals in the West-Australian province of Pilbaro.

“Rio Tinto is proud to be a leader in innovation and autonomous technology in the global mining industry which is delivering long-term competitive advantages as we build the mines of the future. New roles are being created to manage our future operations and we are preparing our current workforce for new ways of working to ensure they remain part of our industry,” Salisbury said.

See here a video about the Rio Tinto project:

This is the rail freight potential at rebranded Port of Middlesbrough 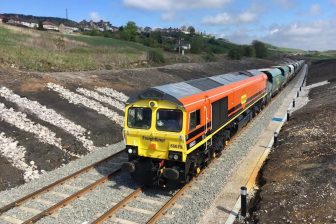 Freightliner and Tarmac build on relationship with new contract