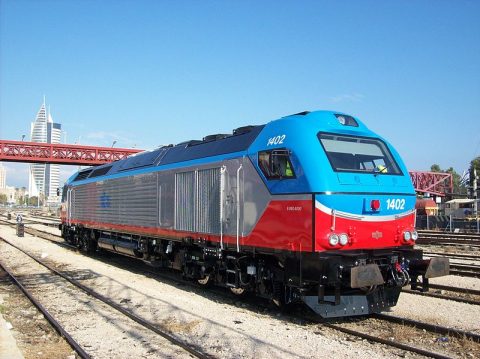 Freight transport business in Israel has been affected by temporary infrastructure and upgrading work on its national railways this year. In the first six months, Israel Railways carried 4.6 million tonnes of cargo, which was a minimal increase of 0.5 per cent compared to the first half of 2016. Israel aims to boost it freight transport volumes  drastically, but investment in the current infrastructure is needed first.

Israel Railways also witnessed a decline in revenue from operating fees. During the first half of this year, earnings from these fees amounted to 181 million Israeli Shekels (42.4 million Euros), compared with 183.6 million Israeli Shekels (43 million Euros) in the first half of 2016. The decline is a direct result of the six per cent drop in operating fees under the operating agreement.

Israel Railways has an ambition to drastically increase transport of cargo to 14.3 million tonnes by 2020. The upgrade of existing lines is needed to eliminate bottlenecks around the network.  Several projects are carried out, such as lengthening existing passing loops and sidings, and building new passing loops. Due to projects undertaken this year, rail freight lines were temporarily closed, pressing the freight transportation volumes.

In addition to upgrade projects, Israel Railways is planning to build six new rail freight terminals in significant industrial areas, develop better rail connections with the seaports of Haifa and Ashdod and develop two new ports on the Mediterranean, as well as a smaller facility on the Red Sea to encourage freight transport by rail.