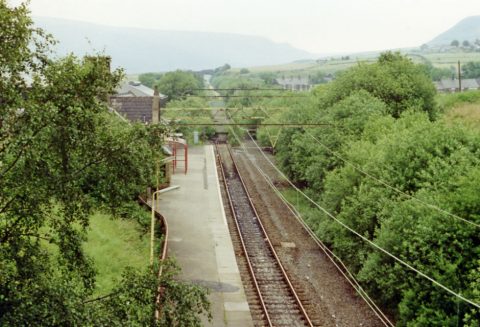 More than 86,000 people have signed a petition calling on the UK government to commit to the electrification of the Trans-Pennine rail route linking Manchester to Leeds and support the North with 59 billion pounds (64 billion Euros) to improve its transport connections with the rest of the country. The current railway network does not meet the demand of the freight transport market, argues the Transport for the North (TfN), a union of concerned parties in the region.

The petition was published as the government had sidetracked the long-standing commitment to electrify the Trans-Pennine link to the north. Instead, it announced its backing for the 31 billion pounds (34 billion Euros) Crossrail 2 rail scheme in London last month. Industry leaders consider these actions as a neglect of the railway connection to the North, which is not only essential to the region but to the national economy as a whole. The North would have received 59 billion pounds more in investment over the last decade if it had received the same per person for transport as London, is a claim made in the petition.

Transport for the North (TfN), a union of concerned parties in the region explains that the current railway network does not meet up to the demand of the freight transport market. A lack of capacity and long train journeys are the biggest challenges for the industry. As freight trains have to share the tracks with passenger trains, they often have to wait, or operate outside peak hours. Freight journeys of just a hundred miles (160 kilometers) can take more than seven hours.

The electrification of the Trans-Pennine line is supposed to deliver faster journey times and significantly more capacity between Manchester, Leeds and York. When the government announced its plans to resume works on the project in 2015, it wrote that the upgrade was expected to provide capacity for six fast or semi-fast trains per hour and take up to 15 minutes off the journey time between Manchester and York.

While the plans of the government to contribute to the needed improvement in the North remain unclear, TfN is putting together Northern Powerhouse Rail, a “strategic rail programme designed to transform the northern economy and meet the needs of people and business”. With this program, more than forty per cent of businesses identified as having the North’s prime capabilities would be within ninety minutes rail travel of four or more of the North’s largest economic centres, compared with only twelve per cent today, TfN states.

In the meantime, electrification of the Trans-Pennine line has not been ruled out as Network Rail is currently studying the options that it will present to the government in December. When asked about these plans, it referred to its current Railway Upgrade Plan, in which it re-emphasises its plan to allow more and faster trains to run across the route.