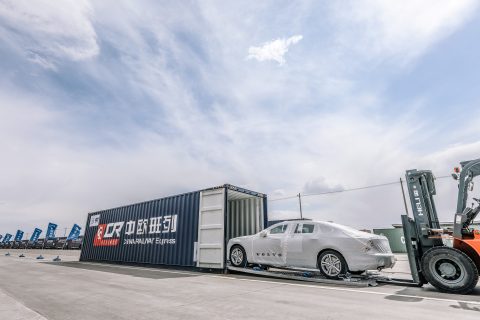 Railways in China carried 246 billion tonnes of cargo in July. This is a 17 per cent increase year-on-year and an improvement on the 15.5 per cent year-on-year growth in June, according to figures released by the China Railway Corporation (CRC).

This continues the rise seen throughout 2017, reversing a five year decline that had been ongoing since 2012. Rail freight volume has reached 1.7 billion tonnes since January, a 15 per cent increase from 2016. Of note, freight by high-speed rail increased by 70 per cent.

The growth announcement comes after China Railway cancelled or lowered a series of rail freight charges from the start of August. Three items were combined into one charge, while a further eight, including dust cleaning fees, were cancelled. The estimated savings will reach over 2 billion yuan (196 million Euros) each year, according to the plan.

A China Railway official said that the changes were to implement arrangements made by the State Council to standardise charging procedures. “The clearance and standardization of charges for railway transport is a significant move to advance supply-side structural reform and prompt sound and sustainable development in the sector, which will lower rail transport costs and sustain growth of the real economy,” the official said.

In June this year China Railway also lowered the costs of additional electricity and gas fees for rail freight.