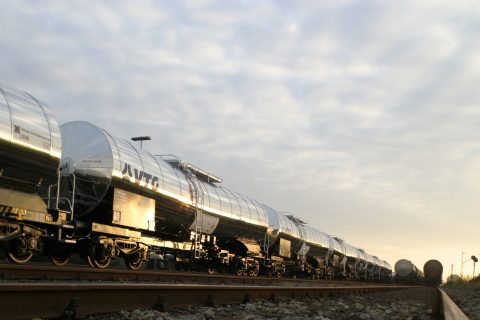 VTG, which already has some 80,000 freight cars on its books, says its expects a purchase price of approximately 780 million Euros. There will also be adjustments of up to 140 million Euros for investments made by the Nacco Group between January 1 and the closing date of the sale, which is expected to be in the fourth quarter of this year.

Dr Heiko Fischer, CEO of VTG, said: “With the Nacco fleet, we are offering our customers an even greater and more differentiated portfolio and an even stronger presence in Europe. As a result, we are positioning ourselves as an efficient, forward-looking partner on the rail. We will also equip the Nacco fleet with the VTG-Connector in the coming years, thus creating a unique network of digital freight cars in the market and in Europe. We are opening up new customers, new markets and securing our growth as VTG in the coming years.”

Ellen R. Alemany, Chair and Chief Executive Officer of the CIT Group, said: “This transaction represents another step in our evolution to simplify the company and focus on our core businesses. As part of our transformation, CIT has been divesting its international operations and centering on its core commercial banking franchises, which are largely domestic. We are pleased to have reached an agreement with a strategic European company that understands the strengths in the Nacco franchise as a market leader in the pan-European rail industry.”