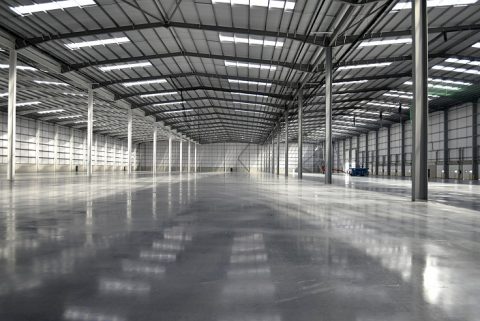 A new intermodal rail freight terminal at the multi-million pound iPort commerce hub in the north of England will open by early next year, it has been confirmed. The 35-acre terminal can accommodate 775-metre long trains, and has continental gauge clearance for direct access to the European market via the Channel Tunnel.

The terminal, which is near Doncaster, has been designed to accommodate a four-high container stack with a maximum load of 122 tonnes, with an adjacent container storage area, reports MultiModal. Further intermodal features include two 400-metre long handling sidings and a locomotive release siding.

It is only 50 miles from the Humber ports of the North Sea coast, and will provide quick connectivity to the UK’s rail freight network. Mark Peat, Project Manager at iPort for property and construction consultancy Rider Levett Bucknall, said: “The rail terminal will be live by the back end of 2017 or early 2018.”

With several major companies like Amazon and Lidl having already confirmed their presence at iPort, ground works have now begun on the second phase of the site, for which there is scope for the rail freight terminal to be expanded to, depending on occupier demand.

Most probably a case of planning permission received after the promise of rail traffic that never materialises. As is usual in the UK !