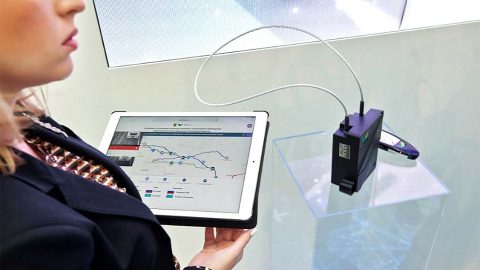 The government of Russia will develop the requirements for electronic seals to be used for transit goods from the EU to China. The new legislation should be composed by the end of July.

The use of electronic seals with GLONASS navigating technology (Russian analogue of GPS) is obligatory for the transit transportation of EU products to China via the Russian territory. This measure came with the lifting of a ban on such transit traffic a few weeks ago. However, the application procedure of the seals has not yet been finalised.

To this end, Russian Deputy Prime Minister Maxim Akimov instructed the Ministry of Transport, the Ministry of Industry and Trade, the Ministry of Telecommunications, the Ministry of Economic Development and the Federal Customs Service to develop new regulations by the end of July. This will extend the number of electronic seals suppliers. Now they are developed by RT Invest company, a subsidiary of state-owned multifunctional technology corporation Rostec.

“Seals for the transit of goods through Russia will be provided to an unlimited number of companies. The carrier organising the transit of cargo, earlier sanctioned, through the territory of Russia to third countries, is obliged to equip the container with a navigation seal. It can be a seal of any manufacturer (operator), but it must meet the certain requirements,” said the assistant of Maxim Akimov to the Interfax news agency.

Besides the new requirements, the Russian authorities will also develop a new traffic control system. The electronic seals will be its basement. The proposals for a new system is developed by the Ministry of Transport in cooperation with other responsible executive authorities. “It is necessary to provide the possibility of obtaining information from various seals that are not necessarily functioning on the joint platform”, noted Akimov.

Do you want to know more about this topic? Follow this link to watch the webinar held by RailFreight.com. Or read: