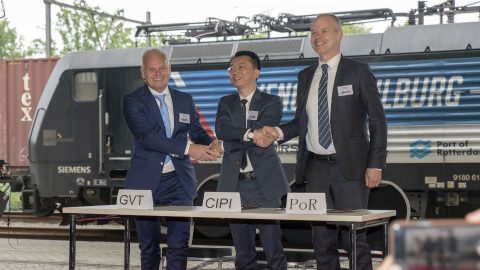 The Chengdu Europe Rail Express has proven to be the most successful rail freight service connecting Europe and China. It is the most frequent train connection with the widest radiation area and the most stable transit time. In 2018 alone, 2619 trains were operated between Chengdu and multiple European cities. This was announced by Zhou Jun Bo, General Manager of the Chengdu International Railway Port Investment Development Co (CIPI).

The success of this cooperation had to be celebrated and this was done at a high-level cooperation meeting on Tuesday 21 May in Railport Brabant, the Netherlands. Organised by the People’s Government of Sichuan Province and the Dutch Province of North Brabant, parties gathered here to confirm the extension of the successful cooperation and watch another train depart from the logistics site towards China.

During the meeting, an MOU was signed by GVT Group of Logistics, the Port of Rotterdam and the Chengdu International Railway Port Investment Development Co (CIPI). Together, these parties will continue to develop the Rotterdam-Tilburg-Chengdu Express. This not only connects to Dutch logistics hub, but also offers an extension to the Port of Rotterdam.

“We want to cooperate with the Port of Rotterdam. We want to connect to Rotterdam and further”, said Jun Bo. Indeed, the port offers an extending network to destinations all over the world, while the distribution centres are getting more concentrated, explained Hans Nagtegaal, Director Containers of the Port of Rotterdam. “We may not have the ambition to offer a direct train connection to China, but we form an extension of the train connection to Tilburg. From our port, cargo can be forwarded to America, for example.”

More than this extended service, the logistics hub of Tilburg has proven to be a popular destination of the Chengdu Europe Rail Express. Since the launch on 2 April 2016, 800 round trips have been carried out. Today, the service is running 5 times per week in both directions. “Our westbound service is full, sometimes even overbooked. The eastbound service is now 80 per cent full, we are aiming for 100 per cent”, said Roland Verbraak, General Manager of GVT Group of Logistics.

In order to facilitate eastbound traffic from the region, the Chinese city of Chengdu has a Holland Pavilion, a place where Dutch entrepreneurs can present their products to Chinese importers. The pavilion is set up by GVT and CIPI, in order to promote and stimulate the export trade from the Netherlands to China by rail. Moreover, GVT has entered a cooperation with the China Certification & Inspection Group (CCIC). “Before departure, all the cargo is inspected in Tilburg. This saves a lot of time upon arrival in China”, explained Verbraak. 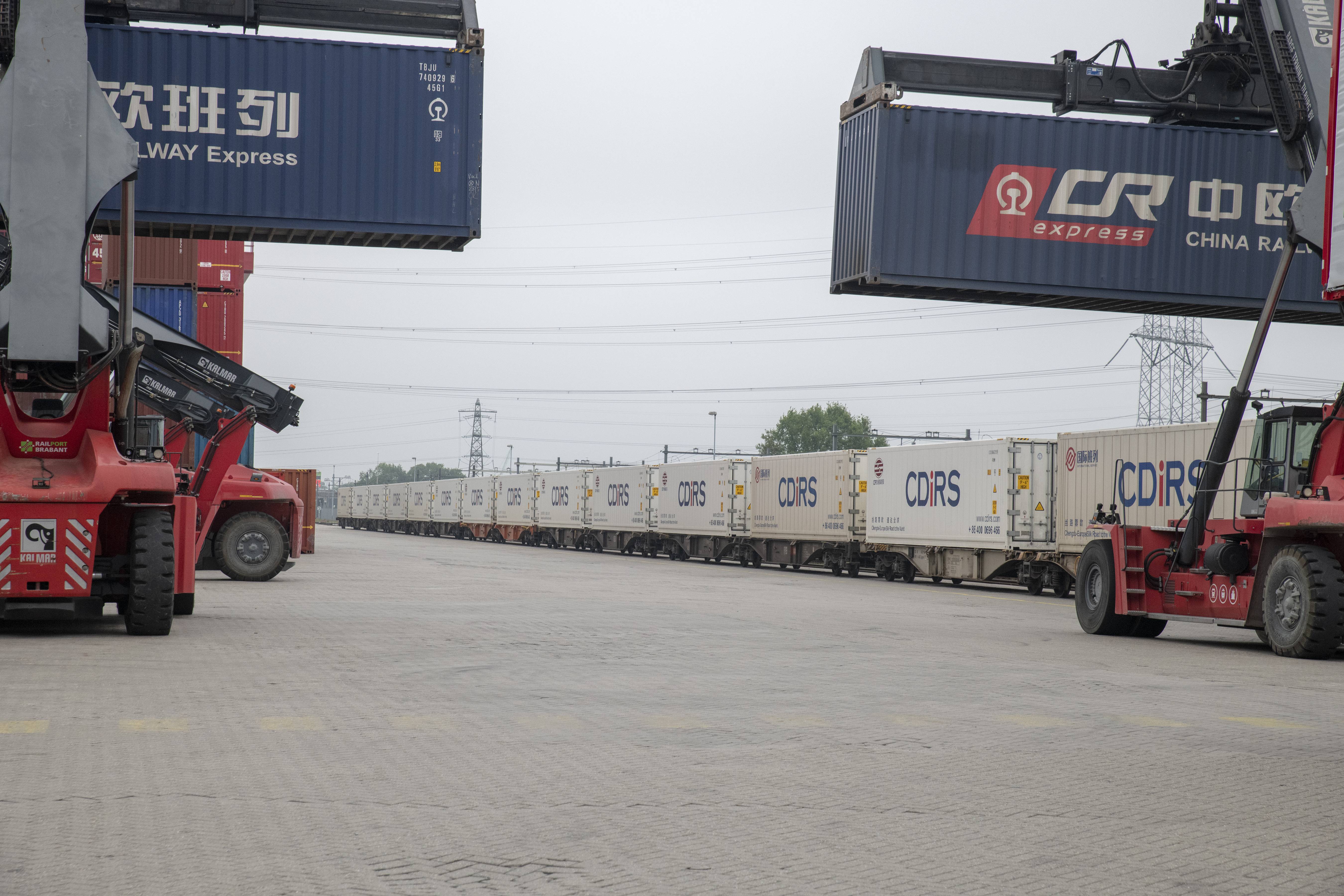 “The region has a golden future and a huge potential to shift more cargo onto rail”, said Peter Hondebrink, Head of Unit Safety and Rail Freight from the Dutch ministry of Infrastructure and Water at the cooperation meeting. In terms of export, a total volume 28.000 TEUs is expected to transported by rail bu 2030, making up for some 7 trains per week. Looking at import from China to the Netherlands, the total volume with the potential to shift from current modalities (ocean and air freight) to rail equals some 297.000 TEUs by 2030. This accounts for between 10 and 15 trains per day to different terminals in the Netherlands and Germany, from where pre and end haulage is carried out (Panteia, 2018).

In Chengdu, authorities continue to develop the facilities to handle the growing volumes. “We want to improve the logistics network to the provincial cities of China. We have established a customer service point and we have completed constructing the Chengdu International Railway Port”, said Jun Bo. The new railport is the backbone of the region’s plan to develop a logistics hub centered in Chengdu. “We are the true starting point of the China Railway Express”, the Chinese delegate concluded.