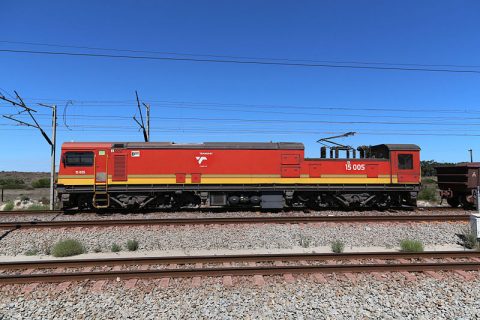 China is working to improve its heavy haul technology for 30,000 tonne axle load trains, while experimenting with the possibility to carry even heavier loads in the future. National rail operator China Railway elaborated on its plans during the 11th International Heavy Haul Association conference, currently taking place in Cape Town.

China is one of the few countries in the world where trains carry a load of 30,000 tonnes. It has been a pioneer in developing system to enhance heavy haul carriage per train. In 2006, it started operating a 20,000 tonne heavy haul combined train on the Daqin Railway line. Ever since, it has built a portfolio of dedicated technological systems supporting this arm of the industry.

Deputy director-general at China Railway Shen Ruiyuan explained that the railway company wants to improve the heavy haul technology for the 30,000 tonne axle load through developing new mobile heavy haul equipment, as well as fixed equipment. Its current train travels from Watang town in Shanxi to China’s Riju port, crossing a distance of 1,267 kilometer. This train should be able to travel at a speed of 120 kilometers per hour. Furthermore, the safety threshold of the trains are tested, Ruiyuan was quoted in Engineering News.

China Railway is also studying technologies for trains carrying heavier axle loads, making use of new mobile and fixed heavy haul equipment, while considering the technology of asynchronous control of long and heavy trains. Moreover, it wants to expand the technology of the Daqin train line to other existing lines. This will be realised at appropriate times, according to demand, Ruiyuan said.

Industry experts at the conference are discussing topics around the central theme ‘Advancing Heavy Haul Technology and Operations in a Changing World’. Topics on the agenda are the current state of the rail industry, the future with regards to new technology and capacity, challenges facing the railway community, successful heavy haul principles that could be adopted for general rail freight operations and the empowerment of the next generation of staff. The conference officially started on Saturday and will last until tomorrow.