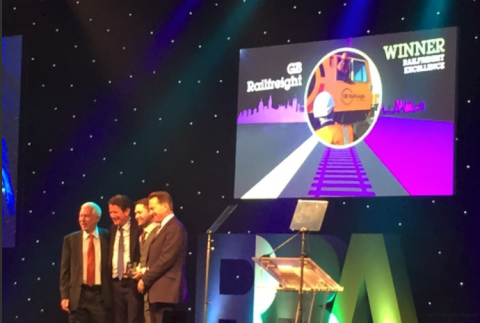 It was a good night for freight at the 19th annual Rail Business Awards in London. Both GB Railfreight and Freightliner took home awards at a ceremony celebrating the best of the UK railways sector.

GBRf, part of the Hector Rail Group, tweeted news of its award from the ceremony, describing it as ‘fantastic news’. The awards were presented by former UK Transport Minister turned railway broadcaster Michael Portillo.