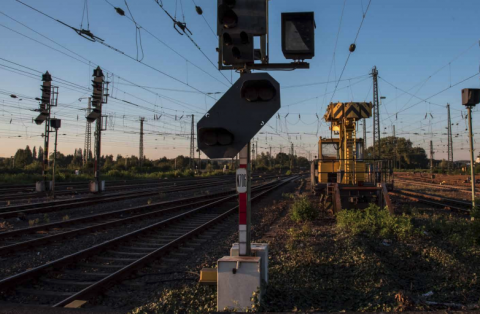 Cultural variations in how different EU countries record and interpret ‘events’ on the freight network can be tackled – and with it safety levels enhanced – through automatic reporting systems. That’s the view of the European Union Agency for Railways’ Antonio D’Agostino, a key speaker at the Intelligent Rail Summit in his native Italy.

He is the main driving force behind the EU’s continuing programme of technical innovations on railway safety and interoperability based on the requirements of European law, across the member states. “Our objective is about improving the safety of the European Union railways so we can be a world leader in safety,” said Antonio.

He told delegates that the traditional ‘micro’ management of data relating to incidents such as accidents and near misses leads to a fragmentation of data, which impairs optimal safety management. “These events have a huge impact on public opinion, and combining data sets will help in understanding causes and consequently how to prevent them,” added Antonio. He presented on day one of the summit, focused on Wayside Train Monitoring Systems.

Antonio, a mechanical engineer but whose career experience as a train driver puts him in a unique position to understand the logistical challenges, said it was vital to distinguish between an efficient automatic reporting system and a reliance on humans themselves.  “Because they are not subject to language barriers, automatic reporting systems are able to produce more interoperable information,” he asserted. “This is not the case with manual reporting – obvious barriers mean I am not going to be able to read, for instance, a report from a Finnish track worker.

“You have countries with their own existing systems, and while it sounds like it would be easy to connect those systems with each other, it is actually anything but easy. It depends on the way the system is designed, the way that the parameters are defined. These are the barriers to effective sharing because member states tend, of course, to protect their own investment. This is where we, as an organisation, have to be clear in explaining the benefits for all concerned.”

More information about the European Railways Agency is on their website.