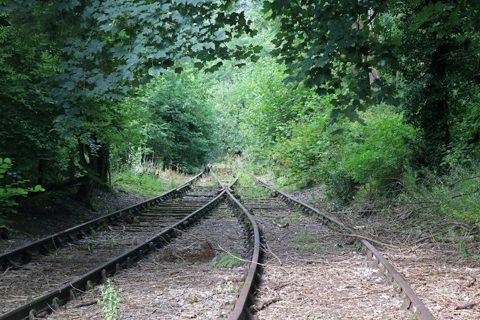 Computer aided imaging from the cab can helping monitor lineside vegetation swiftly, safely and cheaply. A consortium of commercial and academic interests have collaborated with Network Rail to take control of the growing problem along the railway lines of Britain. For the first time the whole 20,000-mile (32,000km) network can be monitored economically in real-time, dramatically increasing the effectiveness of expert surveyors. All that’s missing is a fast moving freight train.

The UK Centre for Ecology and Hydrology (UKCEH) and technology firm Keen AI have been working with Network Rail, to develop innovative solutions to remotely monitor biodiversity. They have demonstrated that AI can identify invasive species by the track as well as native trees that are potentially at threat due to disease such as ash dieback. The real-time data capability will enable railway workers to carry out appropriate action, as part of Network Rail’s commitment to achieve biodiversity net gain on its land by 2035.

UKCEH, which has four locations across Great Britain, and Keen AI from Birmingham, have created software that can identify everything from unhealthy ash trees to Japanese knotweed – the latter a major source of complaints from railway neighbours.

The partners are now developing camera equipment capable of taking clear photographs of vegetation on a fast train. So far, they have held two successful trials – return trips between Birmingham and Aberystwyth, and between Weymouth and Moreton in Dorset.

Freight could play a pivotal part

“Our equipment was able to take thousands of clear images from a train travelling at up to 80mph [125kph], explained Doctor Tom August, computational ecologist at UKCEH. “Our AI software can identify species to a high level of accuracy.” That could be the answer to Network Rail’s 200 million pound (233 million euro) annual budget for vegetation management.

Freight operators will have already spotted that the maximum speed at which the system is effective would be too slow for most express passenger trains, but fits nicely into the pattern of freight movements.

A better balance between operations and nature

Keen AI in Birmingham say they have been pushing the boundaries of what is possible when it comes to the speed of the camera, quality of images and size of the system, all while keeping it flexible and low-cost. The team are working to improve the system, increasing the rate of image capture and ensuring each is precisely mapped. They aim to raise effective operational deployment to100mph (160kph).

Network Rail says the AI work will support its sustainability strategy, in order to strike a better balance between running the railway and helping nature thrive. “With 52,000 hectares of land to manage and seven million people living close to our railway, improving the biodiversity is a vital task which requires forward-thinking solutions”, said Doctor Neil Strong, Network Rail’s Biodiversity Strategy Manager. “The partnership with UKCEH and Keen AI has shown that using AI can be a safer, quicker, more-cost-effective and more comprehensive way of monitoring land surrounding the railway, and help us realise our ultimate goal of achieving a biodiversity net gain by 2035.”