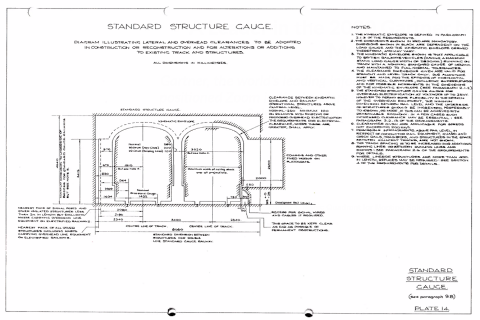 British company D/Gauge has completed trials of their new clearance assessment software, and have officially launched the sophisticated package, designated Rift. According to the company, it is set to significantly reduce the team and effort taken in producing a reliable gauge profile report for any railway project. Launching initially in the UK, the plan is to roll out the software package to networks across the world.

D/Gauge, the specialists in clearance assessment and gauging based in Derby, England, have been celebrating the launch of their Rift gauging software package. Appropriately enough for the technology developers, they staged a remote streamed event from their headquarters. An audience from the industry at large joined an ambitious presentation involving the entire senior development team.

A dynamic process relied upon

It may not be the most glamorous aspect of railway operations, but it is probably the most fundamental task of all. Gauge clearance is a dynamic process that all rail stakeholders rely upon. get it wrong and expensive damage can result, to infrastructure, motive power, rolling stock and customer loads.

David Johnson, the technical director at D/Gauge, and a one time contributor to the BBC TV science programme “Tomorrow’s World”, put his four decades of experience on the line, and addressed the origins of gauging practice as “bits of wet string attached to poles”. He was quick to point out that the specialism has moved on somewhat since his first TV appearance, when he and his colleagues were “plotting the various measurements on graph paper at 1:20 scale.”

In what is an active market, D/Gauge have set out their Rift package to stand out from the crowd. David Johnson, while not dwelling on the past, was nonetheless keen to emphasise the important lessons taken forward from experience. “Different suspension characteristics – the familiar C1 and W5 – carriage and wagon classes – and all the frangible parts like door handles and window catches that could be knocked off. There are a huge range of variables. We’re still optimising vehicles for specific routes. The concept of the standard vehicle is a thing of the past. Once, the gold standard of gauging was 20,000 measuring points. Now”, says Johnson, “it’s nearer to forty million.”

Rift uses manufacturers data to back up its calculations. “We go to the vehicle manufacturer or stakeholders to get permissions, and for which routes”, adds their statement. “We have an extensive vehicle library already uploaded in Rift, which have three tiers of approval. Approved on all routes, approved on selected routes, and needs specific permissions.”

“We will be relying on analytical gauging evermore”, says David Johnson, as the technical complexity of there railway increases, and the commercial margins become tighter. The greatest future demands, and the tightest tolerances are likely to come from the freight sector, he suggests. With bigger, longer and heavier wagons, loads and trains, the demands on the network infrastructure are becoming tighter and tighter. He suggests a radical solution, which Rift makes it more practical to address. “Freight gauging will be far more wagon-load specific as we seek to make more of the network available to more of the traffic”, he says.

Colleague Dave Steward, the lead software designer for Rift agrees. With the time saved and the accuracy of this digital update on that wet piece of string practice, he was proud of the application. “It’s all cloud based so you are always using the very latest version of the software”, he said. “It’s also not using the processing power of my own device, so I can multitask, or even start my next project while it works away.” Field operations are therefore protected from outages, like dropping that wet string down the back of your laptop for example – or maybe just running out of battery.

While a boon for addressing vehicle clearance, Dave Steward demonstrated that Rift could be use to inform track engineers of potential problems and improvements. “We go to track assessment and we can create a customer ready report of the design we recommend should be applied. There! I’m now officially an infrastructure designer”, he joked. “We are proud and have only just started our journey”, he added, after a modest twenty years of development.

The well-informed engineering audience inundated the willing presenters with highly technical challenges. Managing director Colin Johnson gleefully fielded them all. “As an engineer, I know the complexity of our subject, but likewise I’m passionate about great presentation. Gauging connects every aspect of the railway and the outputs must be clear and insightful to non-specialists. Developing new gauges to maximise space on the network and modelling new wagon designs. We support multiple freight enhancement schemes in the UK and working with UK freight movers to squeeze specific freight on specific routes.

The company already has formal acceptance with Network Rail, the UK infrastructure management agency. D/Gauge say their software accepts industry-standard imported survey data, and is designed to be compatible with any network globally. Marketing of the package should go live in October. Time will tell if this grows to be a British-built worldwide success story. Even that is something D/Gauge cannot measure in advance – except perhaps with some of that wet string. 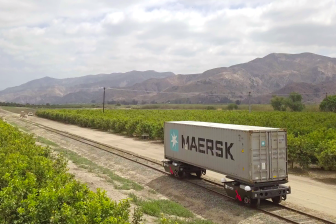 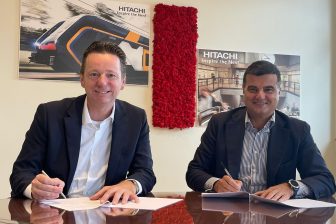