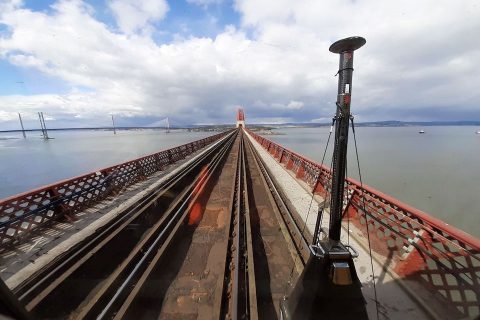 Network Rail has appointed Netherlands-based Fugro to deliver a gauging survey and a ‘digital twin’ of Scotland’s railway. The contract will see the Leidschendam company complete a new and up to date record of gauging clearance across the entire network in Scotland. The work will inform developments, particularly in freight operations, as a number of new operators seek to introduce light and heavy logistics to the network.

Fugro has been awarded a Network Rail contract to survey Scotland’s entire rail network and provide the infrastructure management agency with a holistic gauging database that includes clearance data from the track to line-side structures, platforms, objects, and the train-to-train passing interface. According to Fugro, the route-wide gauging Geo-data will support the continued safe passage of trains operating on the network and facilitate the introduction of new rolling stock.

The project has been under way since the end of April and will survey approximately 2,750 route kilometres, spanning 93 different route sections and 638 station platforms. The use of Fugro’s train-mounted RILA monitoring system will remove the need for surveyors to be on or near the track during data collection and thus deliver a clearly defined health and safety benefit. It will also afford unrivalled speed of survey data acquisition. RILA has already been deployed on the British network, in the south west of England. Other home-based technology companies are working to provide assistance to Network Rail, such as D/Guage in Derby.

Network Rail says their own database is too old to be of use and a complete survey is required this year. Manual methods are outdated, and, according to the agency, the ‘Rail Infrastructure aLignment Acquisition’ (RILA) system offers a technological solution. “RILA is a suite of train-mounted sensors, used for rapid acquisition of survey data”, they say. “The equipment is attached to the coupling points of trains which can capture high spec, 360 degree imagery of the network. Fugro provides the equipment, and the output has additional layers imposed; including track data, gauging, asset data and other measurements. A Point Cloud data set is used to achieve this, which is a recognised geo spatial mapping tool.”

“Engineers and asset managers will be able to view simultaneously acquired video and RILA data in a desktop environment”, said a company statement. “This is particularly pertinent to Scotland’s railway as much of the network covers remote, difficult-to-access areas. The track twin will enable a range of engineering, asset management and maintenance applications, including track ballast quantity and distribution, earthworks, and vegetation management. It will also support the design of future electrification projects, an important part of the Scottish Government’s commitment to decarbonise Scotland’s rail passenger services by 2035.”

Rikkert Wienia, Fugro’s rail manager for Europe and Africa, said they were delighted to contribute. “Our RILA technology will provide Scotland’s Railway with complete up-to-date asset Geo-data to meet their gauging requirements and offer the possibility of using the same data for a range of other engineering and asset management applications”, he said. 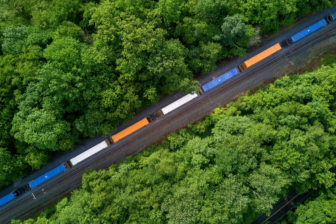 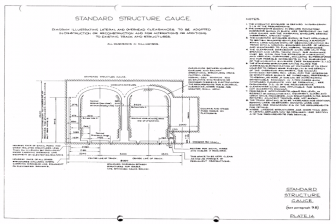 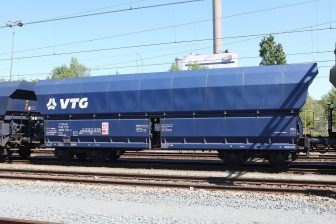