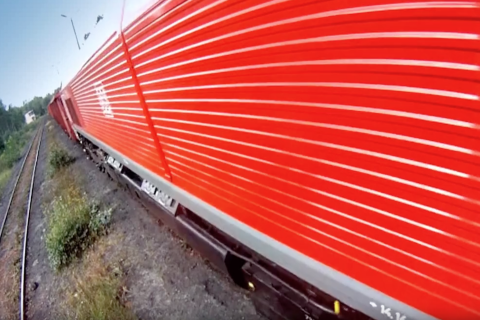 DB Cargo has conducted a practical test with ATO (automated train operation) on a freight train. The test was carried out on the Swiss main rail network in the first few months of this year. In three and a half months, on-board units from four different suppliers were tested.

For the test on the sixteen kilometer stretch between Sierre and Sion, a Bombardier Traxx AC1 locomotive was used in combination with fourteen Eanos wagons loaded with gravel. This combination weighed 1,274 tons and was 240 meters long. The test was originally planned for the summer of 2020, but was delayed by six months until the beginning of this year due to corona.

In Railfreight Live today, a video report of the test will be broadcast. This video was produced by Shift2Rail and the stakeholders involved. In addition to infrastructure manager SBB Netz, suppliers Thales, Siemens, Alstom, AZD and Hitachi were involved in this test. You can watch the show here at 1pm CEST, or any time afterwards.

“Instead of sunny summer weather, we had to deal with snow, rain and temperatures that dropped to minus 20 at night. That presented a lot of extra challenges”, said Baseliyos Jacob of DB Cargo in an interview during RailTech Live, an industry event that took place end of last month. “But it allowed us to test the systems under all circumstances, which is also positive. Because it all turned out to work well.”

The test eventually took three and a half months, with four rides a day. A total of 1,740 kilometers was covered during the test. The on-board unit and associated system were changed four times. “It took us thirty minutes to swap the hardware and get the system into operational mode.”

Since the test took place on the Swiss main line, Jacob and his team had to take the normal timetable into account. “Especially with such a long freight train, that was sometimes very difficult.” A special feature of this project was the involvement of a large number of suppliers. For example, Hitachi, Siemens, Alstom and AZD all supplied an on-board ATO unit that was then built into a Bombardier locomotive.

In addition to DB Cargo and the parties involved, the project was supported by Shift2Rail. This test was done with the Automated Rail Cargo Consortium (ARCC) in collaboration with the X2Rail-3 consortium led by Thales. 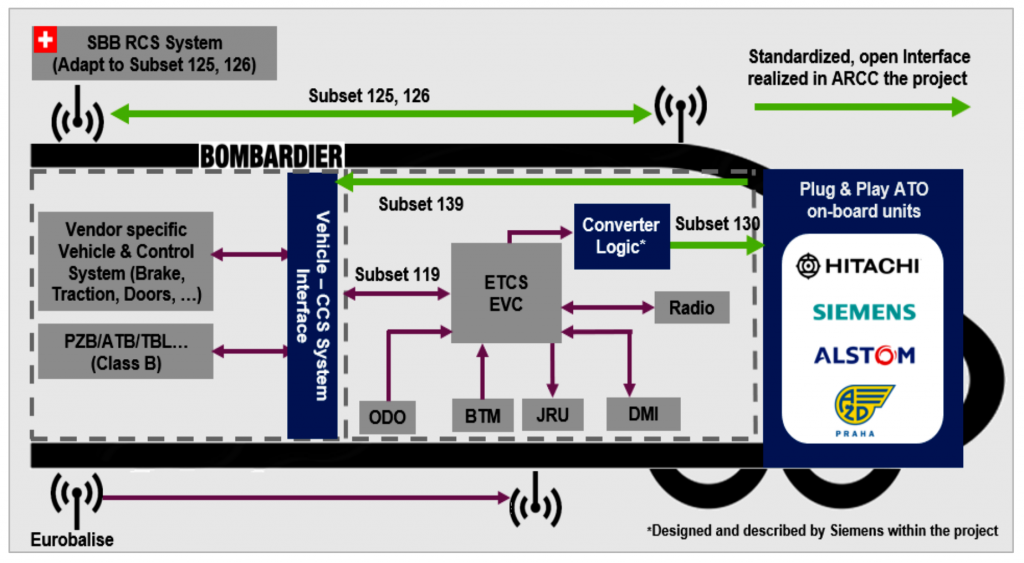 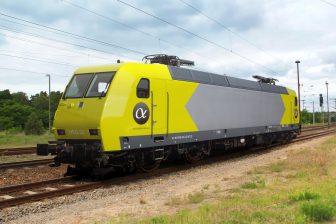