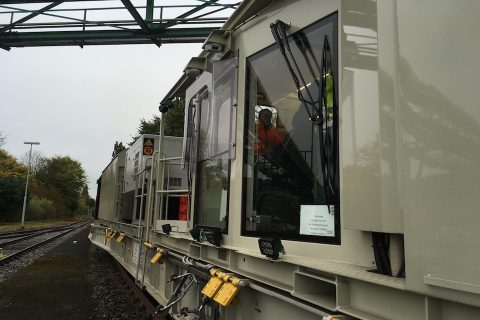 When railways are just too green

GB Railfreight (GBRf) is about to step up to the front line of weed control around the UK network. In collaboration with Bayer Environmental Science, Network Rail and several high-tech partners, the large freight operator is tackling the huge task of keeping Britain’s tracks weed free, and ultimately safer and in better shape. They say their new approach will transform essential weed control maintenance on the network.

The railways are by far the most environmentally friendly way to move goods and people about, but they often move other things around as well. For other things, read the pandemic in purple that’s also known as Buddleia. carried by the wake of trains, the invasive species is everywhere on the network, growing out of switchgear, trackbeds and, most alarmingly, infrastructure buildings and bridges. With tighter and tighter rules applied by regulators like the government’s Environment Agency, there is a legal requirement to reduce the compounds that can be used, the quantities that can be applied, and to avoid collateral damage to the environment.

Chemical romance is over

Providing rail operations expertise, GB Railfreight will be the driving force behind three new Smart Weed System trains, which will commence service on the British railway network later this spring. Using a far more surgical approach, the trains will have the capability to eliminate potentially dangerous weed infestations with far greater precision than the traditional weed killing and leaf removal trains.

With ever more stringent curbs on the use of chemical weed killers, some engineers have said they feel they are doing little more than “watering the plants” when they take to the network, and battle their number one enemy: Buddleia.

Familiar to everyone who uses the rail network, the often purple-flowered plant was introduced to Europe, and the UK in particular, by Victorian plant hunters. The plant is native to warmer climates in Africa, Asia and the Americas, but it thrives vigorously in temperate climates. It has well adapted to the railways, where it enjoys stoney surfaces, such as railway ballast and buildings. Unchecked, it can cause serious deterioration and damage.

The hi-tech approach being delayed on the GBRf trains will detect weeds, including Buddleia, using train mounted cameras. The smart imaging detects the delinquent vegetation, and even smarter dispensers squirt the most appropriate herbicide as accurately as possible, improving the environmental footprint. The data generated will be uploaded to a cloud database using GPS software, which will enable weed control to be monitored and reported round the clock from a central point. Preloaded data will even disable the system as the the train approaches a ‘non-treatment zone’, such as a watercourse or bridge.

Being mean to green

Lots of approaches have been used all over the railways. In Belgium, managers even tried a flock of sheep, to eat their way though the overgrowth. The Brits are going for a less-wooly approach. “The higher efficiency of the three new trains combined with the modern technology and asset life will provide a more efficient weed control program for years to come”, said Mark Wyborn, head of strategic development at GB Railfreight. “Aiming for a safer rail industry for all should be a priority. This investment from Bayer into the collaboration will bring a new level of scientific expertise and knowledge to the rail industry and will help to drive forward weed control and safety for future years.”

Commenting on how the partnership will increase the safety of the railways, Alan Morris, Bayer environmental science UK country head said weeds can cause contamination of valuable equipment and lead to a range of health and safety issues for both workers and passengers. “This technology is not only an innovation for the rail industry but weed control globally, so we’re delighted to be involved in this collaboration with key members of the rail industry.”

The first train will be introduced and in service on UK railways from May, with the second and third train planned for use in April 2022. 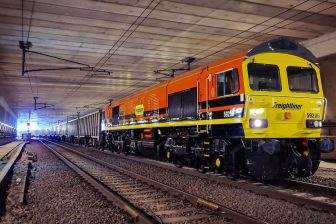 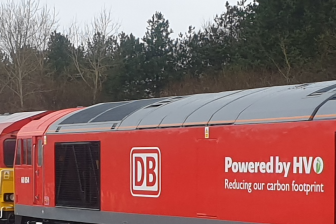 I note that the second picture within this article has changed since its original publication. As the photographer that took the photograph of MPV DR98906 / DR98956 at Brigg on 26th July 2008 I must notify you that it is a breach of copyright by publishing my photograph in this article without my authority or permission.

I would therefore instruct you to remove this photograph from the article until you have resolved the copyright issues.