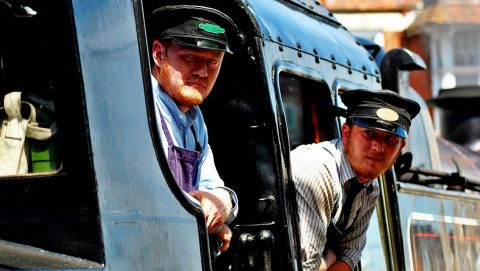 The RailApp transaction and communication platform won the award in the Rail Freight Transport category of the RailTech Innovation Awards 2019. Making use of the application could save companies up to 20 per cent in labour costs, the jury concluded.

The RailTech Innovation Awards were presented on 26 March in the Nicolaïkerk in Utrecht, the Netherlands. The award ceremony was part of the RailTech Europe 2019, a large rail technology exhibition that took place from 26-28 March in the Jaarbeurs, Utrecht. “We are truly happy. We see this award as a recognition of all the hard work we have put in these last couple of years”, said Rico Perdon, founder of RailApp.

The platform brings together people and companies in the rail freight sector. “Rail companies are looking for capacity: for train drivers, welders, site safety personnel and so on. They call them, send emails, or work with excel sheets. Railapp enables them to find each other more efficiently”, Perdon summarised. It optimises the available capacity.”

The companies looking for a certain job place their demand in the app. The suppliers can then respond to these requests. “It is not an open market, where anybody could respond. These are transactions between fixed partners, with fixed rates. The app facilitates their interaction.”

According to Cor Hoenders, who headed the jury selecting the best rail freight innovation, the team was unanimous in awarding RailApp. “The rail freight sector wants to deliver cheap and high quality services. This tool enables companies to reduce staff costs with around 20 per cent. This will make the total chain cheaper as well.”

The product is now on the market in the Netherlands, Belgium and Germany with 125 thousand transactions recorded already. “We have contracted 1000 professionals, and 150 railway undertakings. These companies can check the availability of staff, or the certificates of an employer all in one application. And not to forget, this information is all real-time available”, Perdon concludes. 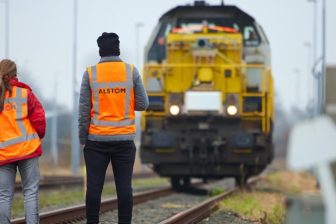