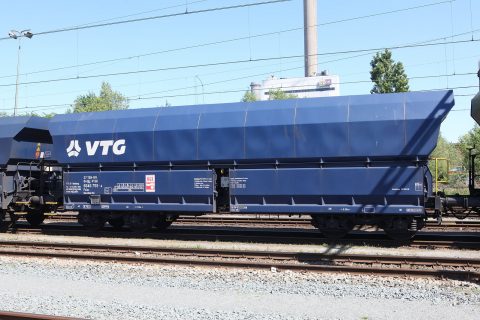 The European Union Agency for Railways (ERA) has formed a working group to study the effect and potential risks of composite brake blocks on wheels of railcars. This is in response to a report by the Dutch Human Environment and Transport Inspectorate (ILT), about a case of transformation of the wheels in a freight train operated on the railway network.

The study concerns the LL-brake blocks, a type of composite brake shoe that leads to a reduction of noise pollution in trains. A significant share of noise in trains stems from the interaction of the wheel with the railway track. Composite brake blocks reduce this scraping, resulting in a reduction of noise by fifty per cent. The LL-type was specifically designed for the retrofitting of existing rail cars, whereas new railcars are constructed with the K-type.

Although the advantages of the LL-brake blocks have been agreed and approved for use throughout Europe in 2013, the market has started to point out the increasingly daring disadvantages. The LL-brake blocks cause relatively more wear and tear of the thread of the wheel. They are less capable of disposing the heat that accumulates due to the the friction between the brake and the wheel.

A Dutch operator carrying twenty wagons of dangerous goods experienced that the use of composite brake blocks had led to a transformation of its train wheels, in addition to heated brake blocks last year, reported ILT in its annual report. The damage was detected and no accidents occurred. However, the incident led to the concern of the Dutch Inspectorate, as it indicates a possible safety risk. The transformed wheel surface could lead to derailment. ILT therefore urged the ERA to take action.

There is a concern from within the sector that the LL-brake blocks result in a different wear and tear than other brake blocks, said ILT. “Because composite material isolates, the heat is not disposed properly when the train is in motion. This effects the wheels; the surface that touches the track can be transformed. However, this may take months or years, and the wheels are always checked on transformation when a train departs.”

VTG is one of the wagonkeepers currently upgrading its fleet with the LL-brake blocks. “The company has started a pilot project with one of its customers, Evonik, in order to convert the existing wagons to LL-brake blocks (low noise, low friction), which also prevents wheel scraping”, it writes. The company acknowledges the advantages of this type of brake, but also points to the relative higher degree of wheelset disc wear and tear, which leads to significantly higher operating costs.

“The advantage is that the innovative LL-brake blocks can generally replace the classic gray cast iron blocks, without requiring any additional modifications to the brakes. However, higher operating costs are the consequence regardless of whether K- or LL-brake blocks are used”, VTG said.

Add to this the fact that in order for the human ear to appreciate the difference, at least eighty per cent of all wagons per train have to be converted, the company pointed out. Another wagon keeper, GATX retrofits ten railcars every day to convert to a silent fleet. “With whisper brakes significantly higher operating costs arise as a consequence of retrofitting”, it iterates. “All these investments are made for the benefit of a perceived rail traffic noise reduction by fifty per cent.”

In response to the Dutch report the ERA has formed the Task Force Wagon Braking Systems. The working group includes representatives of CER, UIP, wagon keepers and other parties concerned. The aim of the working group is to analyse the extent and the seriousness of the problem, ILT explained. “In conclusion, there should be recommendations in order to migitate the problem.”