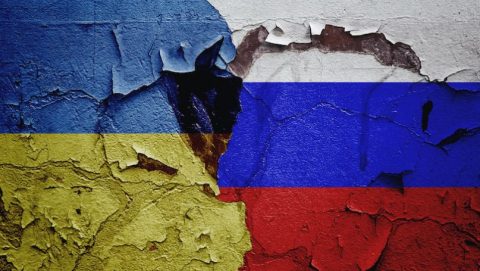 The last few weeks have seen political and military tension between Russia and Ukraine ramping up. The US, EU and NATO are not left out from the power show off, with fears of a Russian invasion in Ukraine leading to an armed conflict and respective financial and military retributions from the West occupying most of the possible scenarios. What are the stakes here? And how can they impact transport, among others?

Russia and Ukraine, unfortunately, have a long-standing modern conflict history. It wasn’t long ago-in 2014, if we want to be precise, that the two countries engaged in the Donbas war that resulted in numerous casualties and left Ukraine suffering an excruciating socioeconomic impact.

The war occurred because the Ukrainian people rejected their government’s pro-Russian policies that prevented them from building better economic relations with the EU. During the war, transport links through Ukraine were cut off, while until last year, the government and its railways were still trying to persuade the rail sector that it was a safe destination. How can the latest developments reverse this image?

The match that lit the fire

First, it’s essential to analyse and comprehend the possible scenarios from the tension build-up between Russia and Ukraine, which started from the second’s wish to negotiate for a potential NATO membership. Russia reacted to this possibility as it did not want NATO troops stationed at its borders nor extra military equipment provided to Ukraine. At the same time, it wants NATO troops withdrawn from the broader eastern European region.

As a result, when Ukraine got into talks for its NATO membership, Russia considered it a direct threat. It started deploying its troops along the border with Ukraine and on Belarusian soil since Belarus is openly partnering up with Russia against Ukraine, providing the needed space and resources for a possible invasion from the north.

NATO responded by deploying more of its troops in Ukraine. US President Joe Biden and other officials openly expressed their fears for a general armed conflict in Ukraine that NATO could not avoid intervening. The EU plays the role of the ‘firefighter’ in this case, trying to calm things down and bring the opposing sides in communication. In the case of war, European troops would also need to participate, which would lead to potential loss of lives and skyrocketing expenses.

Currently, reports tell that Russia and Ukraine representatives that met in Normandy decided to uphold the ceasefire declared between them since the end of the war of Donbas. Nevertheless, all sides do not seem willing to take steps back and insist on their position. Biden warns that we should keep the possibility of a Russian invasion in Ukraine open. The US Secretary of State Antony Blinken said that NATO’s gates are still open for Ukraine, while Russia still declares that these moves threaten its national security.

Scenarios on the table

The coming weeks could lead to three possible scenarios. Scenario one would see Russia invade Ukraine. This would mean war, and according to the statements of all parties involved, this will not be a regional war but an extended conflict with two fronts led by the US and Russia. There is no need to explain why war is unwanted and why it is the worst-case scenario. A possible escalation could even lead to what many refer to as ‘World War 3’.

The second scenario would see Russia invade Ukraine without NATO intervening. Russia would swiftly advance on Ukrainian soil, and the West would respond with sanctions. This is a slightly better scenario than the first one since conflict is not avoided. However, it does not escalate, and Russia could back down due to the sanctions.

The third and last scenario is that none of the above will happen. Russia will not invade Ukraine, NATO will not intervene, and the West will not impose sanctions. However, Russia can continue deploying its troops on the border with Ukraine and in Belarus. The same could apply to NATO, which could ramp up its presence in the Baltics and neighbouring Ukraine countries like Romania. That would lead to continuous tension that would cause uncertainty and escalate and de-escalate from time to time. All developments, like Ukraine’s entry into NATO, would freeze, and eastern Europe would technically enter a phase of modern Cold War.

Is there any space for transport?

Now that all the possibilities are there, a question arises. What will happen with transport? Of course, human lives and safety are the primary concerns. However, all the scenarios mentioned before will severely impact the economy, including transportation and the supply chain. If war breaks out, all routes transiting from Russia to Ukraine and Europe will stop operating. That will happen because freight trains cannot pass through war zones or for purely practical reasons since the infrastructure will be destroyed or occupied for military purposes. The disturbance in rail freight routes, the Silk Road and the global supply chain would be substantial.

On the other hand, if the West imposes sanctions on Russia, that would also impact operations. Just like it happens with Iran or Belarus, trains might be unable to transit through Russian territory, and the same would apply to Russian products, of course. Can we imagine a Silk Road without Russia? Especially after the role it has acquired in the last couple of years? That is unlikely. Finally, if nothing of this happens but the tension in eastern Europe is maintained, rail freight connections would still experience some impact. Not as significant as the other two cases, but enough to cause disturbances and lead companies to seek alternatives. After all, it is risky to do business without any stability.

Nevertheless, the situation could complicate even more because sometimes we see a different powerplay when it comes to transport. With Russia, for instance, willing to invest in Hungary and develop lines to central Europe, Ukraine cannot be left out. Time will show how things will develop since there are currently two different fronts developing, and transport seems to occupy much space in discussions between the two countries.

2 comments op “Ukraine-Russia: what are the stakes of the crisis?”

“NATO responded by deploying more of its troops in Ukraine.” – this is false. No NATO troops deployed till now in Ukraine.

TO GET TO THE ROOT CAUSES OF PROBLEMS, “ASK WHY 5Xs”. (STARTER QUESTIONS)
IS IT RUSSIA’S PURPOSE TO DEFEND/EXPAND COMMERCE BETWEEN EAST & WEST, INCL. CHINA/ASIA ?
AS A TRANSIT POINT, HOW IS THE EXPANSION OF COMMERCE IN THE BALKINS TO GLOBAL DESTINATIONS, A PROBLEM FOR THE AMERICANS ?
WHAT IS THE POSITION OF EUROPEAN COMPANIES ,(EXCLUDING ARMS PRODUCERS), ON THE THROUGHPUT OF GOODS & SERVICES FOR EAST-WEST TRADE ?
WHERE ARE THE BIGGEST MARKETS, GOING FORWARD, FOR EUROPEAN TRADE & INVESTMENT ?