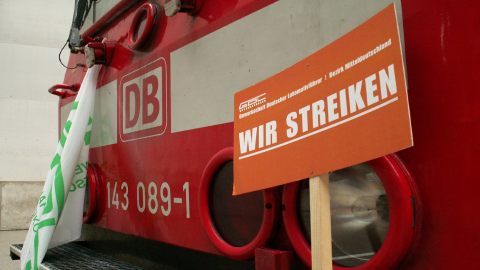 How sensible are rail strikes?

ANALYSIS – What is the impact of strikes on rail freight? How long can the industry feel the consequences, and does it really make sense for train drivers to go on a strike?

Last week’s two-day strike of train drivers in Germany can have long term effects say DB Cargo’s representatives. The strikes initiated by the train driver union GDL targeted a dispute with Deutsche Bahn over a salary raise equal to 3,2 per cent. The effects were felt nationwide, with freight and passenger traffic collapsing.

International traffic was also affected, with trains unable to cross Germany and reach countries like the Netherlands, Poland, or the Czech Republic. The impact was also felt along the New Silk Road since many trains could not reach their destination.

GDL’s federal chairman Claus Weselsky warned in an interview with the German Süddeutsche Zeitung that the union could decide the strike extension any day now and proceed to lengthier abstention this time. Even though the union’s motive sounds noble and logical, it has been the centre of much criticism, raising again the question of whether strikes are viable in the rail freight industry.

It’s not the first time that strikes in the rail freight sector make it to the news. In fact, last week’s 48-hour strike is relatively short compared to similar examples from the past. In 2014, GDL launched the longest strike in Deutsche Bahn’s history, lasting a week. It did the same in 2015, while in the months between the two significant strikes, it abstained from duty for multiple shorter periods.

The same happened in France during 2018 and 2019. The country was paralysed due to three-month-long strikes that took place two days per week. The motives behind these strikes concerned Emmanuel Macron’s new labour bill and pension scheme that rail workers opposed fiercely.

These examples are not used just to commemorate other strike movements of the rail industry. In contrast, they are used because they sparked a discourse around the stikes’ feasibility regarding how much they can damage the supply chain and the rail freight industry. Back in 2019, lobby organisation UIRR warned of a strong correlation between the strikes and the rail freight market share shrinking. Between 2003 and 2016, France’s rail freight market share dropped by 8 per cent, most probably due to the frequent strikes.

UIRR also warned back then for the long-term damage that strikes could have on rail freight. Specifically, one of the most persistent consequences is the shift of customers to other modes of transport. DB Cargo touched upon this topic again now, claiming that the train drivers strike could result in customers abandoning rail freight in a challenging period following the Corona pandemic and in a period where rail freight just started gaining more attention and trust.

From an economic perspective, the German Economic Institute (IW) explained that a long-term strike could result in daily losses equal to 100 million euros. GDL’s strike lasted 48 hours this time. However, its boss Weselsky warns that more is about to come. “Short-term failures are not uncommon in rail freight transport. The logisticians know that and can react accordingly,” said IW transport economist Thomas Puls to the German Redaktionsnetzwerk Deutschland. “From the fourth or fifth day of the strike, however, there is a risk of supply chains breaking – and then it becomes costly very quickly.”

What are the motives?

Currently, Claus Weselsky is under heavy fire with the motives behind the train drivers strike in Germany questioned. GDL went on strike because of a dispute with Deutsche Bahn over a wage increase of 3,2 per cent. Deutsche Bahn needed more time than GDL could provide to meet its requests because of the Covid-19 related financial damage it experienced last year. GDL claimed that it would not back down until its requests were satisfied.

But not everyone is very sure whether this sparked the strikes. Many voices say that GDL represents a small proportion of rail workers, yet it claims it fights for all workers’ rights and a better collective working agreement. Consequently, the motive behind the strikes could be for GDL to strengthen its position and attract more members until it represents the majority of German train drivers.

Political tension between GDL and other trade unions or political parties indicates the situation. The German Federal Association of Small and Medium-Sized Enterprises (BVMW) said it was not the right time for such a strike to happen and accused Weselsky of promoting his political agenda through the strike. Klaus-Dieter Hommel, head of the rail union EVG, commented on German media that the strike was a political fight of GDL to throw EVG out of the union game. The same belives Norbert Walter-Borjans, chairman of the party SPD, who said that GDL seems to fight over the right of representation and that rail unions should work together and succeed in lobbying.

On the other hand, Weselsky contradicts all these claims and says that the caricature created around him and GDL is just a “slander to tarnish the struggle for solidarity”. GDL insists that it strives for a better future for train drivers in Germany and takes all the necessary risks that other unions hesitate to take. Of course, if this increases memberships GDL would not complain. By the side of GDL was also the German Civil Service Association (dbb), which supported GDL’s requests and considered them fair.

To strike or not after all?

Strikes used to be the last resort for workers to claim their rights when employers used more authoritarian tactics. Nowadays, worker unions and employers have developed a different ways of communicating and resolving issues. Lobbying and a more political approach are more common, with unions pressuring employers and the government to meet their needs. Is strike so necessary? In terms of its symbolism and purpose to pressure for something better for the workers, it is.

However, in the context of modern business, where rights and benefits are claimed differently than they used 50 or 100 years ago, strikes seem to do more harm than good. In fact, as mentioned before, they end up in severe disturbances, financial losses, while they also shift customers from rail to other transport modes. Most importantly, though, they do not seem to apply the same pressure to employers after all.

DB called GDL’s strike completely irrational and stated that resolution could only occur on the negotiations table. In practice, DB seemed very prepared to find solutions for its customers, while the way it communicated during the strike implied a policy of doing business as usual despite all problems. Could the strike succeed under these conditions? Not really. Could it backfire for worker unions? It already does, and it seems that GDL is losing the race against negative publicity. Are rail strikes feasible after all? The facts, so far, say no. 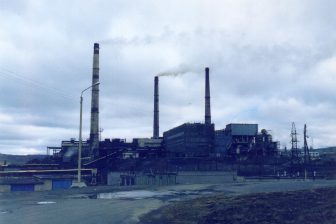 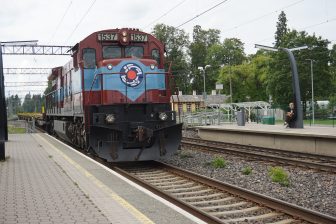 In the days of a Nationalised Railway, with an added detail of much poorer workplace risk management, the Work To Rule was a preferred option. Even today, smooth operation of a complex system, like a railway relies of the ‘interpretation’ of the rules, to make things work smoothly.

If working to rule, the railway would seize-up in way far less predictable that a clear-cut strike, & those protesting would remain eligible for their contracted pay. Might we see a return to this, & overtime bans?