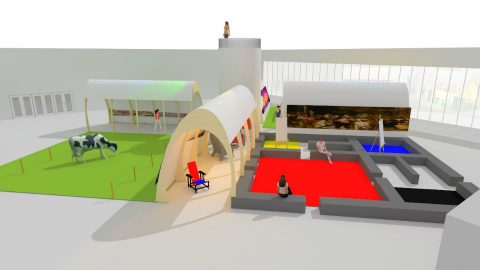 Chengdu on the lookout for western products

The Chinese market is welcoming western products with open arms; the opportunities for traders are plenty. This is the message of Dutch logistics provider GVT and Chengdu International Railway Investment & Development Group (CIPI), which are jointly responsible for the railway service between the Chinese city of Chengdu and Tilburg in the Netherlands. By setting up the Dutch Pavilion in Chengdu, they want to encourage Dutch businessmen to jump on board the train to China.

By the end of 2017, the terminal in Tilburg had handled a total of 235 trains, of which 102 trains were in the eastward direction and only half were fully loaded, explained Jialu Zhang, representing CIPI in Tilburg. “The imbalanced volumes of import to and export from China has created challenges for the further development of the round-trip rail services. Therefore, promoting and stimulating the export trade from the Netherlands to China by rail has become one of the essential task for both GVT and its Chinese partner”, she explained.

In April this year, GVT received an invitation from the government of Qingbaijiang district, Chengdu for establishing a public platform in the form of a national pavilion exhibition center. The Dutch Pavilion will be located next to the Chengdu International Railway Terminal and is open for any company (shipper, manufacturer or trading company) that wants to promote their services or product.

“The potential visitors are mostly buyers, traders and delegations who are interested in B2B trading”, Zhang explained. “ GVT will manage the exhibition hall in China and promote the products made in the Netherlands. In this way, Dutch products can find their way to the market of Chengdu.”

According to Zhang, there is a huge untapped market in Chengdu, which is inhabited by roughly as many people as in the Netherlands. Whereas certain products have already started finding their way to the east, there are others that are in demand, but have just not been exported by the Dutch. “China is looking to import supplements, such as products from Holland and Barrett or Rituals. These have not entered the Chinese market yet.”

According to the Chengdu representative, the Chinese market lacks meat products as beef and pork, as well as wine and beers, diary, or other food products. Flowers from the Netherlands are a popular import product, as well as sports equipment and greenhouse equipment. Milk powder for infants have proven to be another successful trading product. “All of these products are suitable to be transported by rail, especially with the introduction of the reefer container”, Zhang tipped.

The Dutch pavilion will cover around 1500 square metres space, housing 22 exhibition areas. The official opening of the pavilion is on 2 Nov 2018 and from that day on, the exhibition areas are ready for show. However, applications for exhibition can already be submitted at the moment.

Zhang will be speaking about the Chinese market for products from the Netherlands on the New Silk Road Congress, taking place on 27 September in Tilburg, the Netherlands. As a representative of CIPI and partner of GVT, she is in the unique position to form a bridge between the two countries. She will be available for any questions regarding the shipment of products between China and the Netherlands, eastbound and westbound.

Here you can register for the New Silk Road Congres in Tilburg. 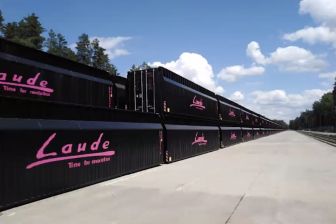