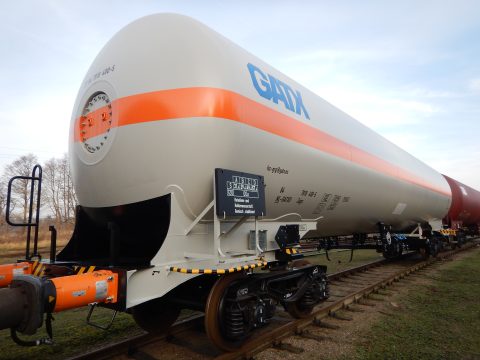 GASPOL, Poland’s largest gas supplier, will use GATX’s LPG railcars to transport Liquefied Petroleum Gas from the port of Gdansk to its terminals in the country. The Polish company stopped importing gas from Russia already in March. This collaboration will provide Poland with gas only coming from Western Europe and the US.

The Polish company has three terminals in Gdansk, Malaszewicze, and Sedziszow, and one filling plant, all of which are equipped with a rail connection. The wagons provided by GATX will be used in all GASPOL terminals according to logistics and supply chain needs.

“What needs to be stressed is that no Russian gas is being reloaded in GASPOL terminal in Gdansk or any railway terminals”, said a GASPOL spokesperson. The GATX’s railcars, manufactured at GATX´s own workshop WSO Ostróda have been used by GASPOL since the beginning of November.

“The new wagons, which we will use to transport liquefied petroleum gas throughout Poland, will have a capacity of 119 cubic metres”, added GASPOL. Featured in GATX Rail Europe’s fleet since 2018, the Jumbo LPG (Liquefied Petroleum Gas) 119 cubic metres car stands as the optimized LPG wagon on the market in recent years. Its design improvements include lower tare weight, crash buffers, and omittance of the sun shield roof.

In addition, the wagons are equipped with a strong tank head that is RID TE25 compliant, with free valve access location according to the EN12561-3 specifications and allows for easy hydraulic valve operation. All valves are equipped with safe bellow tightenings. The car is further provided with a higher wheelset class of 25 tonnes axles by a maximum axle load of 22,5 tonnes and length over buffers of 18,8 metres, while the distance of the outer axles was manufactured to 13,90 metres.

GATX Rail Europe is a leading, full-service railcar lessor. The company has offices located across Europe, including Austria, Germany, Poland, France, the Netherlands, and Switzerland. The company can count on over 27,500 intermodal, freight, and tank railcars. 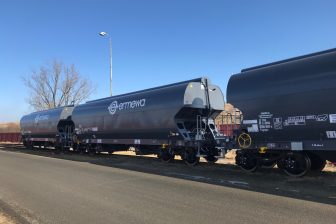