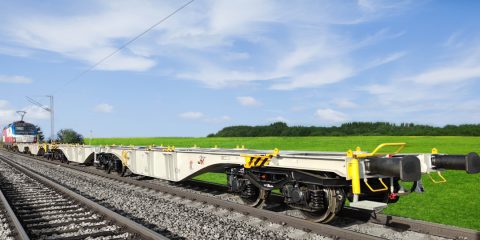 Despite all the difficulties entailed in a war situation and the slow-down of industrial production, some Ukrainian rolling stock manufacturers still do the job. One of them, Kryukovsky Railway Car Building Works (KVSZ), started designing a series of flat wagons destined for the European market.

KVSZ is Ukraine’s largest rolling stock manufacturer and one of the country’s oldest enterprises with a 145-year-long history. It is currently in the process of designing and manufacturing two types of the Class Sggrss 80’ and Sggmrss 90’ flat wagons intended for different types of containers and swap bodies.

“In mid-2022, the two prototypes of the 80’ wagon have been passed successfully through the homologation tests already, and the tests reports and other documents were provided to NoBo to prove the TSI WAG and TSI NOISE conformity. The next step is the type approval process at ERA and operation acceptance over the European network,” said KVSZ.

The start of the 80 wagons’ batch production is planned for the first quarter of 2023, informed the Ukrainian company. Additionally, it explained that for the 90 wagons, homologation tests will take place in the third quarter of 2022, with the process finishing in 2023. Understandably, their batch production will start later than that of the 80 wagons.

According to KVSZ, the company is currently “negotiating contracts with various EU operators and leasing companies.” At the same time, it highlighted that the EU market remains its main target with plans to “design specific wagons on demand and take corresponding orders from European customers.” 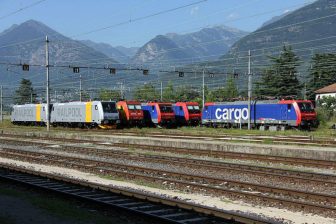 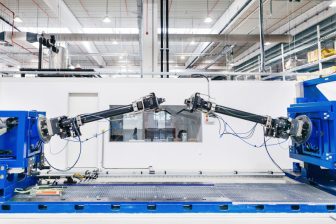