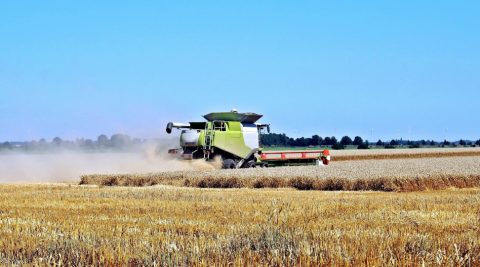 Transporting Ukrainian grain via rail is getting cheaper

Rates for transporting grain via rail with Ukrainian Railways (UZ) railcars in and through Ukraine are currently decreasing. According to Valery Tkachev, deputy director of the Department of Commercial Work of the Ukrainian Academy of Sciences, the latest figures showed that the current rate is at 74,44 euros/day. This rate is the lowest since August 2022.

As Tkachev specifies, the data comes from auctions held in the Prozorro system, a public electronic procurement system where state and municipal customers announce tenders. With these rates, Tkachev highlights, rail can become much more competitive with road transport.

Daily UZ rates for grain carriers have had quite an unstable trend over the past few months, with the highest peak reached in October (290,78 euros-day). It needs to be stated that the data for January is comprised of a smaller sample, considering the month is still ongoing. However, Tkachev showed some optimism for the future. He pointed out, in fact, that these rates could keep decreasing to as low as 70,55 euros/day in the near future.

Rates are decreasing for both domestic and international transport

The decrease in UZ rates for transporting grain via rail in January 2023 can be seen in both domestic and international connections. According to Tkachev, rates for export connections for both land crossings and towards ports will be set to roughly 52 euros/tonne. They were respectively reduced by 17 and 26 euros/tonne.

When it comes to domestic transport, the current rate is currently a little over 41 euros/tonne, which was reduced by more than 34 euros. These rates consider transportation on an average distance between 655 and 710 kilometres. As mentioned by Ukrainian media outlet RailInsider, Ukrainian Railways was “among the leaders in increasing user fee rates by the end of 2022”.