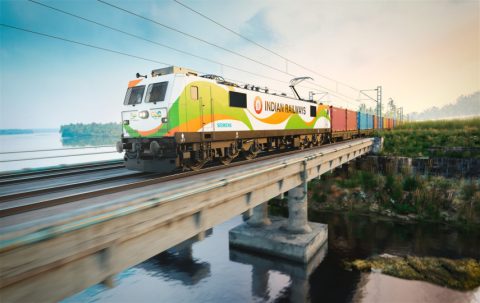 In the single largest locomotive order in the company’s history, Siemens Mobility will deliver 1,200 electric locomotives to Indian Railways. Producing 9,000 horsepower (HP), the brand-new locomotives will dominate the Indian railway network, which is almost fully electrified. The project’s total costs will amount to 3 billion euros.

“We are delighted to partner with Indian Railways and deliver one of the most powerful electric locomotives available. These new locomotives will help increase freight transport on one of the world’s largest rail networks and cement a firm commitment from Indian Railways to achieve 100 per cent electrification of rail traffic in India,” said Michael Peter, CEO of Siemens Mobility.

Siemens Mobility will design, manufacture, commission and test the locomotives. It will take eleven years to deliver all the locomotives to the Indian Railways. Additionally, the contract between the two companies includes a cluster for 35 years of full-service maintenance offered by Siemens.

The locomotives will be used solely for freight transport throughout the Indian railway network. “Producing 9,000 HP, they will be one of the most powerful freight locomotives in the world, able to move loads up to 4,500 tons with a maximum speed of 120 kilometres per hour”, explained the company.

India is gradually transforming into a rail freight pioneer. Indian Railways are one of the world’s largest railways, with a network of 68,000 kilometres and dedicated freight corridors crossing the country. Each year, the company carries up to 1,2 billion tonnes of freight.

Additionally, the government of India plans to increase the share of railways for freight transport to 40-45 per cent from the current approximately 27 per cent by constantly adding new types of products on trains. Some of the latest additions concern the transport of food grains and oxygen by rail, which until 2020 took place mainly by road.

Moreover, India wants to become the world’s largest green railway by 2030. With extensive network electrification proportions and the new deal with Siemens, the country seems to be literally on the right track.