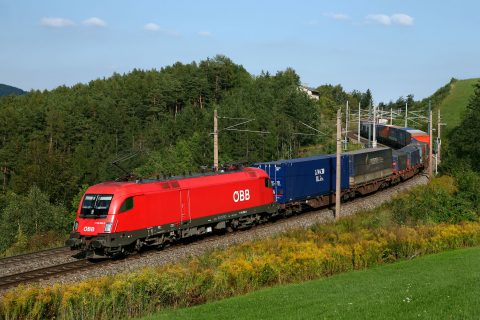 Railway traffic in Austria is back on track as of Tuesday. All traffic, including freight trains, stopped on Monday due to a strike by railway workers. Although a deal is not yet in sight, the lights are back on green for the time being.

Considering the impact of a 24-hour strike on rail freight, there may be delays in the next few days. The Austrian ÖBB, which does not support the strikes, asked for understanding in advance if there are still isolated restrictions, delays or cancellations on Tuesday.

“The current strike is of course also at the expense of our freight customers”, said the freight arm of the railway company RailCargo Group (RCG). “Since the announcement of the warning strike, RCGhas been trying everything to keep the impact on customers as low as possible.

“With foresight, some block trains planned for Monday were already run on the weekend, others could be postponed to Tuesday or later. Since Thursday of last week, we have been providing empty freight cars available earlier to at least enable our customers to load them on Monday.”

The company explained that diversions were difficult to set up on this large scale “because they require a certain lead time in planning, which was not entirely given due to the short notice of the strike”.

In order to handle the backlog of trains after the strike, the operator has prepared additional resources, in terms of vehicles and personnel. This is arranged with each individual customer, considering the specific nature of each journey, RCG explained to RailFreight.com.

“We hope that the negotiating parties will soon reach a result. As of today (Monday), we are unfortunately unable to provide any further information, as ÖBB is only one of 65 companies affected and is not actively sitting at the negotiating table itself. This decision to strike is incomprehensible to us and we deeply regret this outcome”, said RCG.