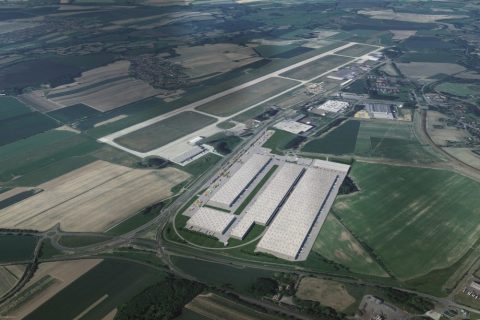 New terminal at Ostrava Airport now open for all modalities

The new container terminal at Ostrava Airport multimodal park (OAMP) in Mosnov, in the eastern Czech Republic will be used for container transfer operations from trucks to trains. This was made clear during the official inauguration on Tuesday 18 October.
The construction of the Mošnov terminal began in September of last year. It is strategically located in the region since it is connected to the Ostrava airport. The facility will also offer a connection between the Moravian-Silesian Region and the port of Antwerp via the North Sea-Baltic corridor.

The facility will be operated by four companies: Innofreight Czech Republic, Medlog Czech Republic, Budamar Logistic, and CD Cargo Logistic. The total investment was over 32 million euros, financed by the EU through the Operational Programme ‘Transport’ for the Czech Republic. The project was developed by Concens Investments, a Czech private investor group.

The site covers ​​81 hectares and will have more than 353,000 square meters of warehouses, production, and office space. Construction of the OAMP started in 2019. The facility was sold to Innofreight, an Austrian company specialised in developing rail wagons, containers, and unloading systems. Four logistics halls in the OAMP were sold to Exeter Property Group, an investment group with offices all around Europe and the United States.