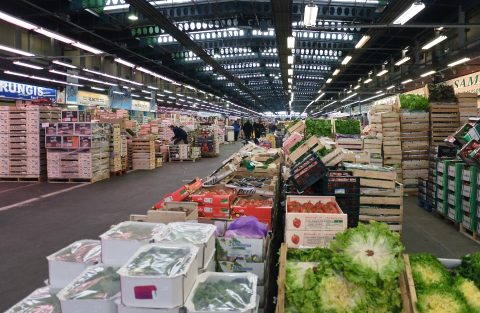 The European Commission has allocated 12,06 million euros to Rail4Logistics, a subsidiary of SNCF Fret, which will be in charge of the project. The money will be used to start a rail freight service between Perpignan, in the south of France, to Ile-de-France, the region that surrounds Paris. The project is being financed through the EU State Aid Rules.

The main objective of this service is to transport products from the Occitanie region to the Rungis International Market, the main market in Paris. The transportation will concern food products that were previously moved on the road. The market in Rungis is the second largest wholesale food market in the world, covering an area of over 230 acres and involving around 1,200 companies.

The service between the two French cities was interrupted in 2019 due to the lack of customers and poor equipment conditions. In October 2021, the service was reinstated with five weekly roundtrips. However, the current service is not satisfying the parties involved.

In September the vice-president of the Occitanie Region in charge of transport, Jean-Luc Gibelin, complained that the service was not working as it was planned. This new service will hopefully persuade more customers to shift to rail. SNCF was contacted but was unable to provide further information on the new service.