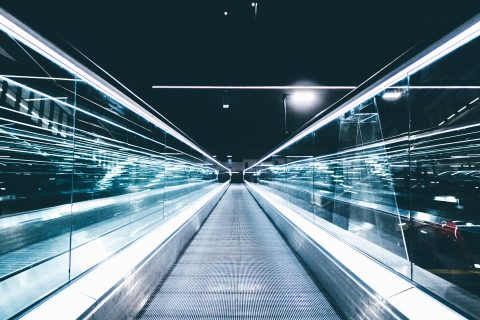 Maglev freight trains? FS and the port of Taranto think so

The port of Taranto, in South-East Italy, will be involved in the experimentation of new technologies after a Memorandum of Understanding was signed between various parties. The agreement implies the development of magnetic levitation systems for freight trains. Magnetic levitation trains, also known as Maglev, are most commonly used for passenger trains. This new experimentation project might be a turning point for the role of this technology in rail freight.

Magnetic levitation systems rely on magnetic attraction and repulsion between the trains and the tracks, making the train float on the rail. This way, the convoy will never directly touch the track, significantly reducing friction and consequently the consumption of energy and allowing for higher speeds and lower noise pollution.

FS’ experimentations at the port of Taranto

So far, the project aims at carrying out feasibility studies for the application of magnetic levitation technology for rail freight and the building of prototypes. The parties involved are currently looking for investors to reach the quota of four million euros, 1,8 of which will be financed by Rete Ferroviaria Italiana.

The parties involved in the MoU are the Apulia Region, the Port Authority of the Ionic Sea, Rete Ferroviaria Italiana (RFI), Ferrovie dello Stato Italiane (FS), and the Ministry of Infrastructure and Sustainable Mobility (MIMS).

Maglev trains are able to reach incredible speeds, over 600 km/h. However, the extraordinary costs necessary to upgrade and adapt the infrastructure limited Maglev trains to run on shorter lines. The world’s first commercial magnetic levitation transport system was launched in Birmingham in 1984 and closed in 1995 because of obsolete electronics.

The first high-speed Maglev line was built in Shanghai in 2002 to connect the city to the airport. The service connects the city to the airport, running the 30 kilometres of rail line in just over seven minutes, reaching a maximum speed of 501 km/h. The world’s fastest Maglev train was built by the Railway Technical Research Institute in Japan in 2012. The train reached a peak speed of 623 km/h during tests on the Yamanashi Maglev Test Line.

Currently, six commercial Maglev projects are in operation worldwide: two in South Korea, one in Japan, and three in China. However, only in Shanghai does the Maglev reach a high average speed of more than 400 km/h.