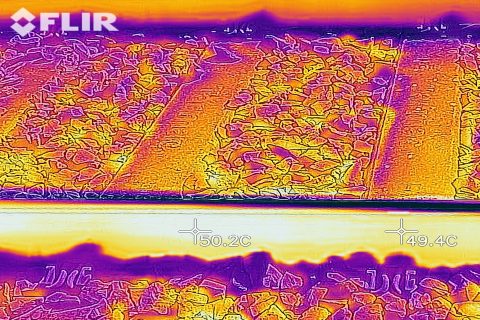 The East Coast Main Line will close on Tuesday, 18 July, as the UK braces for record temperatures to be broken. Meteorologists predict the record high of 38.7 degrees could be beaten by a record heatwave. Even if the temperature doesn’t reach that level, the next few days are still going to be hot and bothered for rail engineers across the UK. On Sunday evening, Network Rail said they would close the southern section of the East Coast Main Line from noon on Tuesday, halting almost all traffic from London to York and Leeds.

Britain may not be the hot spot with holidaymakers flocking to the beaches, but it occasionally gets warm in the British Isles. This week is one of those occasions, but for the rest of the year, it’s Cool Britannia – and the infrastructure is set up to work best when the weather is being property British. Right now, that’s a problem causing a meltdown on the tracks.

The Met Office (the official meteorological service in the UK, based in Exeter) has issued a “danger to life” red weather warning for extreme heat in the east of England, the Midlands and parts of the North West on Monday and Tuesday. It is the first time the weather boffins have ever done so – on account of the heat. Temperatures are forecast to reach as high as 40 degrees in some areas, including Cambridge, which currently holds the UK record for high temperature of 38.7 degrees, recorded on 25 July 2019. An amber (yellow) warning is in place across the rest of England, Wales and some parts of southern Scotland.

Network Rail, the national infrastructure agency, say the forecasted temperatures will see the introduction of speed restrictions on railway lines across the country to ensure the safe running of trains. They say the impact on train services will vary by region. Still, passenger journeys will take significantly longer, and there is a high likelihood of cancellations, delays and last-minute alterations. Their decision to close the East Coast Main Line between London, York and Leeds from Tuesday at noon shocked many observers and drove home the message about the severity of the expected heatwave. Freight services will be affected but are less likely to be directly suspended since they can be redirected and don’t reach the same high speeds as passenger services, but still remain susceptible to rail-related delays if infrastructure fails.

Steel rails absorb heat easily and tend to be around 20 degrees above the surrounding air temperature – as in the feature image from Network Rail. Continuously welded rails are stressed at the optimum median temperature expected over the year, which varies depending on location. For example, the north of Scotland is typically much cooler than the south of England, so the allowance for expansion is much lower. If traffic still ran from Aberdeen to Royal Deeside, the tracks would have to endure the lowest temperatures in the whole of the British Isles, with Braemar setting a chilly record of minus 27.2 degrees in 1982.

As any elementary physics student will tell you, when steel becomes very hot, it expands, and rails can bend, flex and, in severe cases, buckle. Overhead electric lines are also susceptible to faults in extreme temperatures when the steel wires overheat, which can cause them to hang too low and increase the risk of getting caught on passing trains and knocking out the electricity supply.

Network Rail specialist teams are in action preparing for the heatwave conditions, and response teams are to be deployed across the nation. “Delays are likely as speed restrictions are introduced”, said Jake Kelly, Network Rail’s System Operator group director. “We’re working closely with [the meteorological services] to monitor forecasts and adapt our plans to mitigate the impact of these extreme conditions where possible.”

While this week’s heatwave is classed as a weather event, Network Rail is taking the longer-term problems of climate change seriously. They have a long-term programme of works to update the Uk network to a higher resilience standard. Even in Scotland, where extreme summer temperatures are usually something only read about while sheltering from torrential rain, precautions are being taken. Only last year, teams of engineers were seen at Glasgow Central station, painting the rails of the complicated track layout white – to mitigate the effects of heat. Reports have not been confirmed that staff have been instructed to save water in Scotland by not washing the snow ploughs this week.