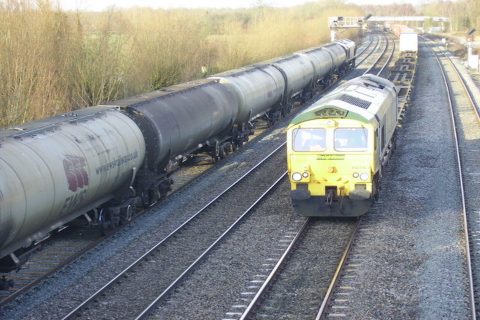 The UK government’s department for transport has approved Network Rail’s plans to expand Oxford Station and provide a corridor for freight operations. The plans will allow an additional twelve freight trains to operate through Oxford daily. The university city lies on the key freight route between Southampton and the English Midlands.

The government infrastructure agency Network Rail has plans to upgrade the railway through Oxford, making space for significant expansion of freight operations through the city. The expansion plans take note of proposals for a vast logistics park just south of the city and the work ongoing to complete East West Rail, connecting Oxford with Cambridge.

Key route from Southampton to Midlands

Network Rail says that the infrastructure in the Oxford Station area is working at close to full capacity. The Oxford corridor is a key freight route from the port of Southampton to the Midlands and the north. NR say that without further work, it will not be able to accommodate the increase in both passenger and freight services planned for 2024 and beyond.

“To increase capacity, ‘Oxford Corridor Phase 2’ is being developed, and subject to funding, will provide a number of improvements”, say NR. “Key benefits (include an) increase in capacity to accommodate an additional 12 freight trains per day.”

Aside from significant remodelling of the station – including increasing platform faces from four to five, with provision for further expansion later in the decade – Network Rail has a raft of track and infrastructure enhancements in mind, including closing two-level crossings. “Increasing demand for rail freight services means more train paths are required. More trains on the line would increase the risk at two-level crossings along the route.”

The two locations, north of the city at Sandy Lane and Yarnton Lane, directly impact freight services connecting with terminals in the Midlands and the North. “Closing the crossings would allow us to provide capacity for an additional two freight trains per hour, additional Birmingham to Oxford services, and increased maintenance access and safety improvements”, says Network Rail. “Options for closing the two crossings are currently being considered.”

The Oxford Phase 2 scheme is future-proofed for electrification, says Network Rail. They say that will bring cleaner, quieter trains. Electrification remains a regional priority for NR. For freight to take full advantage of wiring, additional work would be required to take overhead wires to Southampton. However, if diesel is not under the wires, then bi-mode would appear to be the solution for the foreseeable future.

With the UK’s changing pattern of rail usage since the pandemic, freight has become more critical in the project. “Oxfordshire holds a strategically vital position for rail freight, particularly for intermodal and automotive flows between the Port of Southampton and the Midlands”, explained a Network Rail statement. “Oxford station is nearing full capacity and cannot robustly accommodate the further service enhancements set out in the 2024 train service specification. Improving rail’s service offering will support wider benefits including connectivity to jobs and housing and regional economic growth.”

The approved plans allow for more freight traffic in Oxford. However, separate plans are in hand for generating traffic locally. Last year, a public consultation was launched on proposals for a new warehouse and rail freight park near Bicester, a short distance northeast of Oxford. The Strategic Rail Freight Interchange (SRFI) would be adjacent to the Chiltern Main Line. The site is potentially important to industry and exporters in Oxford and is convenient for the ‘Golden Triangle’ for UK logistics operators.