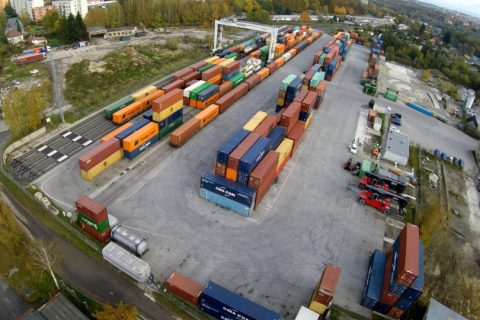 METRANS to link Gdansk with Ostrava, 750 metre trains in the plans

METRANS is about to launch a new service in Central Europe, connecting the DCT Gdansk terminal in Poland with its container terminal Ostrava in the Czech Republic. The connection will commence on five September, with the first train departing Ostrava, followed by three weekly roundtrips. The service’s highlights? METRANS will offer 750-metre trains and a capacity of 112 TEUs per trip.

The Gdansk-Strava train will be an addition to METRANS’ already dense network in Central and Eastern Europe. Connecting DCT Gdansk, the fastest growing terminal in Poland, with the industrial agglomeration in Ostrava, Czechia, will bring closer an industrial with a transport hub. On top of that, METRANS firmly believes that it could also integrate the service into its broader network with connections to and from Scandinavia, the Baltics or even Asia.

METRANS is very active when it comes to port-hinterland connectivity. Using the port of Hamburg in Germany or Koper in Slovenia as its gateways, it connects sea routes with mainland hubs, just like the industrial hub in the Ostrava region.

However, Polish ports were not regularly included in its network, despite the customer demand being there. This is why after “observing an increasing number of requests to operate this service for a long time”, the company decided to do so now and enhance “the growing potential of DCT Gdansk”.

On the other hand, the rail operator also aims to use this service as an opportunity to transform its container terminal Ostrava into a gateway for “the entire METRANS intermodal network, but also, imaginarily, a gateway to the entire CEE area”.