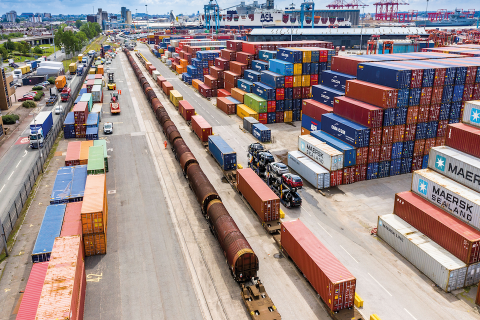 The latest set of statistics from the UK office of Rail and Road paint a rosy picture of rail freight recovery from the pandemic. However, the pandemic does skew the statistics and longer term trends are less obvious from the figures for January to March. Analysts remain divided over whether rail freight is on the fast tracks or held up in a siding.

The latests ORR statistics are a mixed bag, revealing some unexpected data points. Long term trends in domestic traffic continue to give grounds for optimism, but international traffic is falling significantly. One thing is however apparent. The market continues to evolve and rail freight operators are responding to new market opportunities.

Year on year, the freight moved April 2021 to March 2022 has shown an annual increased, based on some predictable commodities. Construction, and oil and petroleum volumes each rose by almost a quarter compared with the previous year. Freight moved has increased from the lower levels seen during the pandemic. Total freight moved was 16.87 billion net tonne kilometres in the latest year, a rise of 11.3 per cent compared with last year. It was 1.8 per cent higher than two years ago (April 2019 to March 2020). 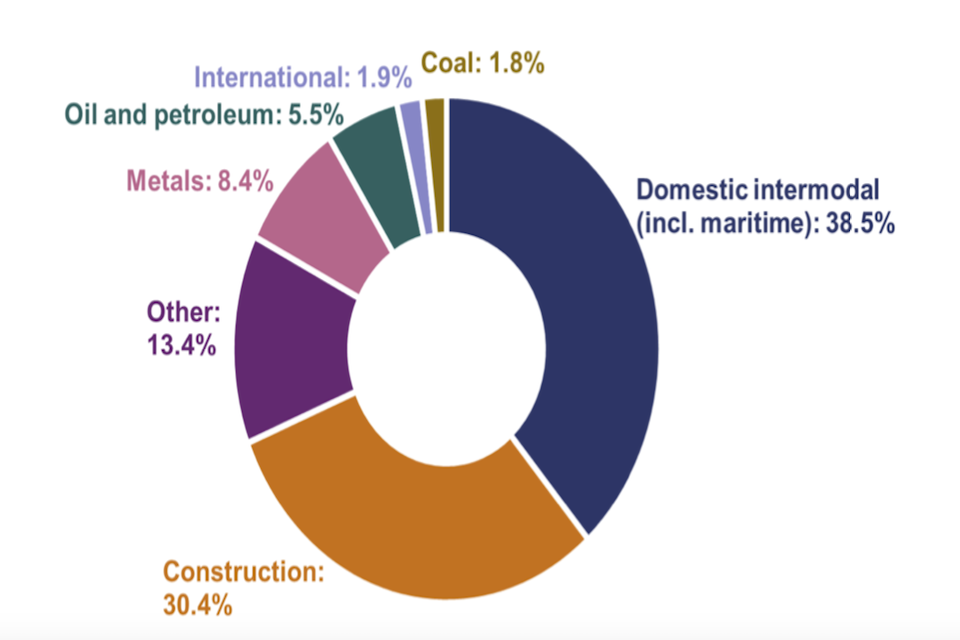 Home delivery is an untapped market

Miscellaneous loads, which the ORR designates as ‘Other freight’ has increased, suggesting that the industry is embracing a greater diversity of commodities and customers. It volume moved increased by 16.1 per cent compared with two years ago. This, says the ORR, was due to the continued demand for biomass and the initial recovery of automotive production. It can also be explained by an increase in the volume of household waste and construction waste.

As an indicator of the growth in online shopping, there is now a significant flow in packaging waste from home deliveries. While nay traffic is welcome, the industry has yet to grasp a significant part of the home delivery market, although it is recognised that ‘express logistics’ is a huge potential market for rail freight.

The ups and downs of bricks and boxes

There have been mixed fortunes for the two biggest sectors – bricks and boxes. Construction volumes (that’s the bricks) increased by 10.6 per cent compared with two years ago. This represents the greatest increase in absolute terms of any commodity over two years, with a rise of 0.49 billion net tonne kilometres. Its growth can be attributed to the high demand for aggregates from house building and infrastructure work. Specifically, there are large volumes of aggregates being moved to the terminals along the High Speed 2 construction route. 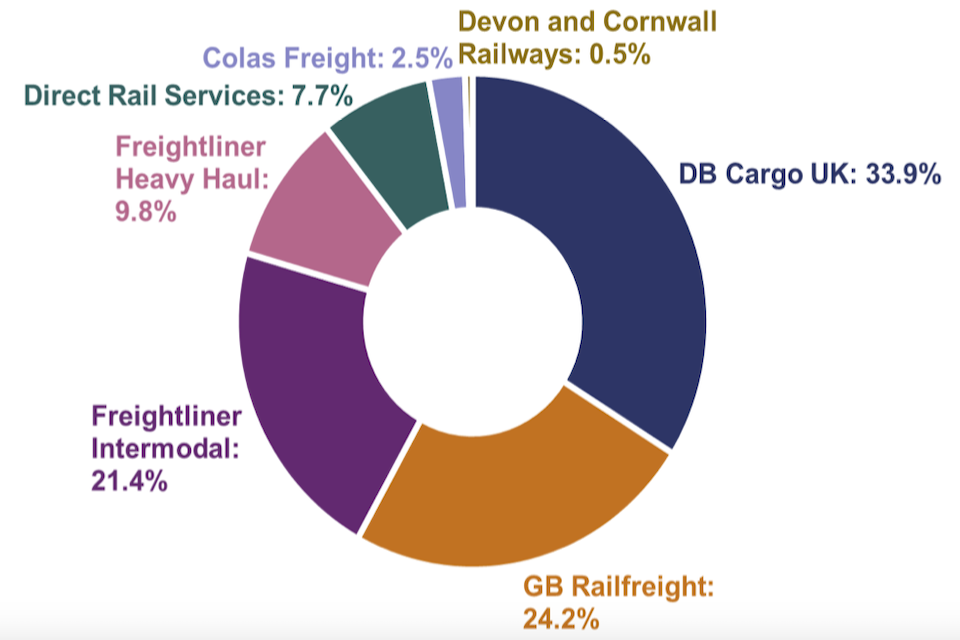 Previously dormant rail facilities at quarries are being re-opened to provide additional output. At 5.13 billion net tonne kilometres, Construction has surpassed 5 billion net tonne kilometres for the first time in the time series. Volumes are approximately 2.5 times larger than when the series began (April 1998 to March 1999). Over the 9 years since April 2012, construction has more than doubled its market share.

Domestic intermodal (the boxes category) is the commodity with the largest market share of freight moved, comprising 38.5 per cent in the latest year. However, over the last two years its share has decreased (down from 40.7 per cent) relative to Construction. Market share of Construction in the last year was 30.4 per cent, compared with 28.0 per cent two years ago.

Domestic intermodal has been affected by congestion at inland terminals where there has been a build-up of containers awaiting acceptance by customers. According to the ORR, this masked the beneficial impact of new domestic intermodal services that were introduced during the year in response to the HGV driver shortage and customers’ decarbonisation strategies.

Bottlenecks now has to be attended! For the needed, added capacity and utilisation of total, big investments already made, no longer reluctantly “proactive maintaining” (any new speech for repairings…) is sustainable.
As at other serious devices at market, for reduced costs, reduced track charges, etc., now a safe and added load capacity has to be provided for, etc!
(Clients, ware owners shall be offered, high qual., an equal, or better service, than by on road trucks, simple as that!)