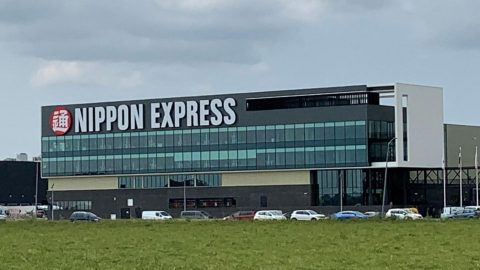 Nippon Express is answering the needs of a growing e-commerce business in western Europe with yet another logistics centre in Belgium: the Genk Logistics Centre. The new facility is located in the Genk Green Logistics Park situated in the east of the country. It is already up and running.

The new location is between two logistics hot spots: the port of Antwerp in the northwest and Liege in the south. “The new centre is in a location connecting railway terminals serving other European destinations”, said the company, making reference to ‘the mass-consumption area comprising Germany, the Netherlands and France.

The city of Genk recently received a new electrified railway line to Bilzen in the south of the Netherlands. According to Infrabel, trains from Genk can travel faster to Germany via this new connection, and it has therefore increased the relevance of Genk on the bigger network.

With a new logistics centre Nippon Express is catering the needs of a growing apparel industry, which has gotten even bigger during the corona crisis. The company set up several new railway and other transport lines, including an intermodal service via the Middle Corridor after the war in Ukraine broke out.

Since 2015, the company has been connecting various Chinese cities with European ones, using the China Railway Express. The collaboration with a train operator from Xi’an, allows the logistics company to operate around 3,000 round trips to Europe per year. Estimations say that with the company turning its attention to rail services, these round trips to Europe will reach the number of 5,000 per year.

Nippon’s presence in Belgium is not new. The new facility is the fourth in the country, where it runs the division Nippon Express (Belgium), headquartered in Machelen. Apart from the head office, it holds offices in Liege Airport and Mechelen. The Genk Logistics Centre opened for business on 25 April.

Being a high-quality wholesale crewneck sweatshirts and hoodies Manufacturer.

The following makes us unique for our customers around the world:

Time and cost-efficient design, production, and delivery.
Complete sales cycle support for customers with real-time updates.
We use the best quality materials. Sourced and handled with great craftsmanship.