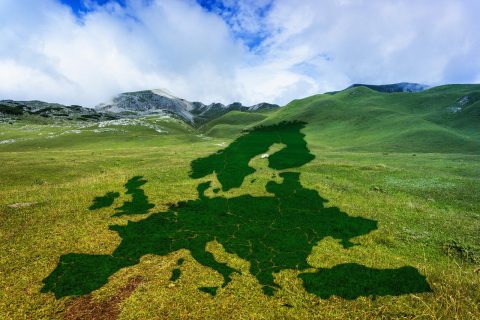 EU’s greenhouse emissions drop, but transport sector does not contribute

The European Environmental Agency reported a historic drop in the EU’s greenhouse emissions. “The data confirms a 30-year downward trend which led to the EU achieving its 2020 target to reduce emissions by 20% compared to 1990 levels”, said the agency. However, it stressed that the European transport sector is the only one that hasn’t reduced its emissions at all and called for a swift shift from road transport to other modes like rail.

Surprisingly, despite the EU’s environmental legislation and the tendency of the transport and logistics sector for more sustainable solutions, greenhouse emissions have not dropped. In fact, the European Environmental Agency (EEA) mentioned that between 2000 and 2019, the use of road freight transport increased by 5,5 per cent.

No shift to greener transport

“All sectors reduced emissions except for transport and refrigeration and air conditioning, although the latter have been decreasing in the last few years”, explained EEA in a report published on Tuesday, 31 May. This is an alarming finding since the European transport sector is supposed to be among the frontrunners of green and sustainable policy.

“Total greenhouse gas emissions from heavy goods vehicles have increased in Europe, despite better engine efficiency and use of biofuels”, continued EEA in another analysis addressing road transport emissions. Despite implementing a more sustainable approach, road transport failed to decrease its emissions due to the growing transport volumes that required more trucks on the roads.

As a result, EEA underlined that using greener fuels in road transport is not the panacea for reducing transport’s environmental footprint. “During the past two decades, trucks have maintained and slightly increased their dominant share in freight transport”, explained EEA, emphasising that the only feasible solution is to shift more cargo to greener transport modes like rail-a task that Europe has yet failed to deliver.

You can find EEA’s reports here and here.

Regrettably and not surprisingly, the requested, a shift from road to railways will not be seen, until quality of service rendered is equal, or better than at on road.
For cargo transports, for majority, the single available alternative on shore, is on road, up to 1000 km from port…
(Just a minority now can afford the luxury, of not caring about eta…)
Current, defensively, “restoring of original” is devastating, for all, but a minority, including shareholders at industry of road trucks….