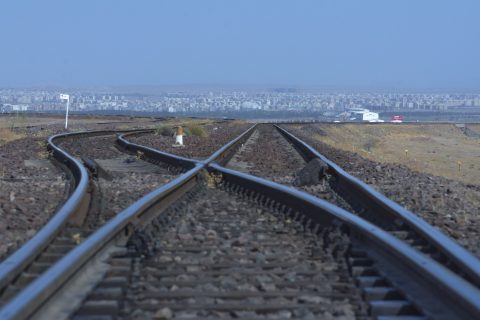 ‘Deviations on the railway network are the new normal, we must adjust’

Construction of rail infrastructure and the resulting deviations are the new normal, and the rail freight sector needs to adjust to this reality in order to reduce the impact. This was one of the conclusions drawn by Michail Stahlut, CEO of Hupac at the Hupac Intermodal Forum held in Lugano today.

For the next ten to fifteen years, construction works will take place on the Rhine-Alpine Corridor. This is needed in order to enhance the capacity of the network, and enable the modal shift to rail. At the same time, construction works, even when planned, cause great inconvenience to the sector. There should be ways to work around this: bypasses, reserve capacity on the side of the operator and good communication, says the CEO of the intermodal operator. 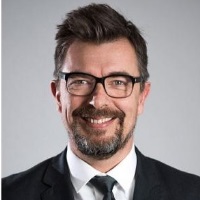 An important bypass of the Rhine-Alpine corridor is the railway link between Wörth and Strassbourg, which runs west of the Rhine, which is currently not electrified. This line could prove to be a good alternative to the Rhine-Alpine Corridor in case of disturbances or congestion.

The Swiss government has offered its financial support to the French in upgrading the line. Apart from the electrification, it should be upgraded to the corridor parameters. Although it could take another ten years before the upgraded line is fully operational, this could eliminate the biggest bottleneck on the TEN-T corridor Rotterdam-Genoa.

But, there are measures that can be taken by the industry itself. “Measures to strengthen resilience”, Hupac calls them. “Hupac is investing in additional resources and structural reserves along the entire service chain. We also expect a corresponding effort from our rail partners” Stahlhut adds.

“The main purpose of such investments, is to be able to provide a constant flow of traffic, which is not as heavily impacted by deviations as is the case right now. These deviations will continue to take place, or intermodal volumes may increase. Also in such a case, it is good to be able to provide constant flows. We need to be more creative, and we need to share the burden with everyone.”

In April, the rail freight sector experienced heavy disturbance on the corridor due to cinstruction works in Germany. Two sections of the corridor had limited capacity, and this coincided with the already ongoing works on the Third track, between Germany and the Netherlands. Operators had to detour, or in many cases cancel planned services. Some operators lost almost half of their volumes during the three weeks of construction work.

The German infrastructure manager was accused of bad planning and poor communication. This is something that must be improved in the first place, acknowledged Stahlut during the conference. “But in addition to that, we must adjust and find the right solutions, so we can continue providing quality.

1 comment op “‘Deviations on the railway network are the new normal, we must adjust’”

Problems, as well is, that the existing, 22,5 ton by authorities allowed axial load, no longer is allowed, by track, existing standard.
Accordingly, regardless if “optimised”, and predicticve, “maintenance” machinery occupies tracks and reduce utilisation of assets.
For sake of railways, for reducing track access charges, etc. the costly maintenance urgently now have to be reduced, etc.
A compatible, a timely, new, “Old Railway”, min. 32,5, etc. capacity, now should be the constructed.