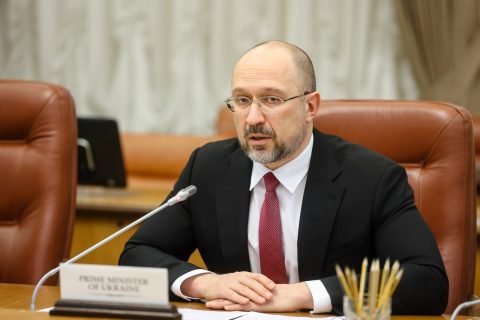 Ukraine and Poland want to form a logistics joint venture in order to support rail transportation of export products to the EU. This plan was revealed by the Ukrainian Cabinet of Ministers on Saturday 23 April, reports Ukrainian News Agency.

The announcement followed the signing of a memorandum by the Prime Minister Denys Shmyhal and Polish Prime Minister Mateusz Morawiecki, in which they expressed their willingness to increase the share of rail freight volumes between the countries. The export of Ukrainian products to the global market is hampered by the blocking of Ukrainian seaports. Rail is currently the most important channel for the distribution of mostly agricultural products.

Since the start of the war in Ukraine, Poland has collaborated intensively with Ukraine in providing the needed rail links, but this cooperation can be strengthened even further.

“By blocking Ukrainian ports, Russia is trying to provoke a global food crisis. We must prevent this. The signed memorandum on strengthening cooperation in the railway sector between Ukraine and Poland will increase our export capacity, including agricultural products. Convenient logistics solutions for Ukrainian business allow us to quickly deliver the necessary goods anywhere in the world. This is very important for the sustainability of our economy,” the Ukrainian Prime Minister was quoted as saying.

The parties also noted the importance of modernizing the border infrastructure, in particular the development of transport hubs and border checkpoints.

However, most of this export was taking place via seashipping; railways are only accounting for a fraction of this transport. Ukrainian Railways earlier called on private companies to invest and build rail freight terminals in the country’s western territories. It claims that rail will be the most reliable transport mode even after the war ends.