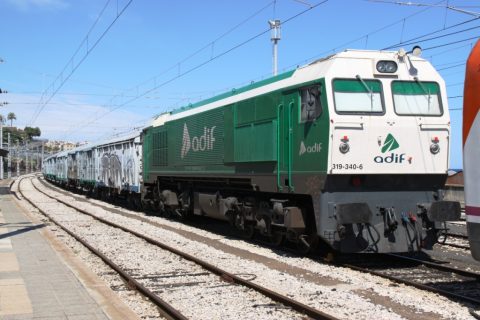 Spanish railway undertakings have raised their concern over the unprecedented increase in
its operating costs, as a result of the high electricity prices. They have asked the government for support, to prevent disruptions of their services.

This was echoed by the the Spanish Transport Promotion Center of Goods by Rail, CPTMF, which has requested a meeting with the head of the Ministry of Transport, Mobility and Urban Agenda, Raquel Sánchez, to raise the issue.

The high operating costs are a direct result of the high electricity rates charged by the infrastructure manager ADIF. According to CPTMF, these costs have gone up by 80 per cent. The situation generated is seriously affecting its customers, the industry group says, and they ask the ministry to arbitrate measures that “in any way, can mitigate
the effects of electricity prices for rail freight”.

Similar concerns in other countries

The Spanish railway industry is not the only one raising concerns about the increase of energy prices, and the corresponding electricity price hike. In Hungary, railway companies speak of a nearly 300 per cent increase in the price of traction energy, and they have asked their government to intervene.

In Belgium, Lineas is the first private company to apply a dynamic energy surcharge to all its transports as of 1 April, 2022 to compensate for soaring energy prices, as it is no longer able to absorb the high energy prices. Since the end of last year, the energy prices placed a real financial burden on the railway company, explained Lineas.

Although the general tendency is for companies to ask for government support, the German industry body Allianz pro Schiene called upon its government not to go ahead with a reduction in fuel tax, saying Berlin should emphasise a reduction in overall energy use instead.

Allianz pro Schiene points to the increased cost of electricity, which it say has tripled over the past 1,5 year, compared with ‘only’ an 80-percent uptick in the price of diesel fuel. As such, the government should consider scrapping its tax on traction power, it argued.