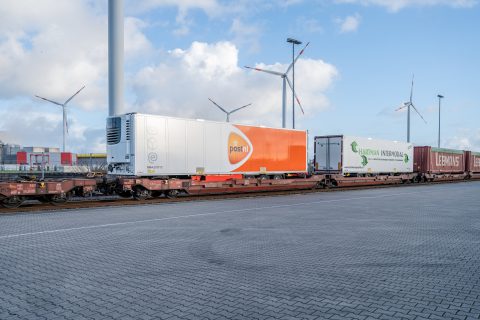 Dutch postal company PostNL will again transport parcels and letters by rail. The company will start with a weekly train service to Oslo. The last postal train ran through the Netherlands in 1997.

The shift to rail transport is in line with PostNL’s goal of completely emission-free deliveries in city centres and emitting 80 per cent less CO2 per kilometre compared to 2017. For long-distance transport, the intention is to choose rail over aircraft more often.

According to PostNL, rail transport from Coevorden on the Dutch-German border to Oslo in Norway will save 70 per cent CO2 emissions per year on this route, equal to 30 tons of CO2.

Last postal train through the Netherlands

In 1997, when there was the last postal train through the Netherlands, train transport for mail and parcels gradually became less popular, according to PostNL. The postal company claims this happened because “trucks were cheaper and it was easier to get to the distribution centres and sorting centres on the city’s outskirts”.

“In 2022, rail transport will still be more expensive and complicated. But PostNL’s green ambitions are far-reaching, and together with partners, we are working on solutions in the field of infrastructure and alternative fuels for greener transport,” the company said.

In 2021, PostNL scaled up the use of alternative fuels for transport to 35 per cent (from 8 per cent in 2020). In 2030 that will be 90 per cent. Currently, around 1,300 electric vehicles, large and small, are already being used for delivery. This number will grow significantly in the coming years. Partly because of this, PostNL improved its CO2 efficiency in grams per kilometre by 18 per cent in 2021 compared to 2020.

PostNL outsources international transport to long-distance carriers. The transporter sends trucks with trailers to the sorting centre for international mail and parcels, the IMEC in The Hague. Then, the trucks take the trailers full of mail and packages for Norway to Coevorden train station. There, trailers are loaded on the train to Oslo. In Oslo, trailers are collected from the train again and delivered to the Norwegian Post.

This article was originally published on our sister publication SpoorPro.nl.