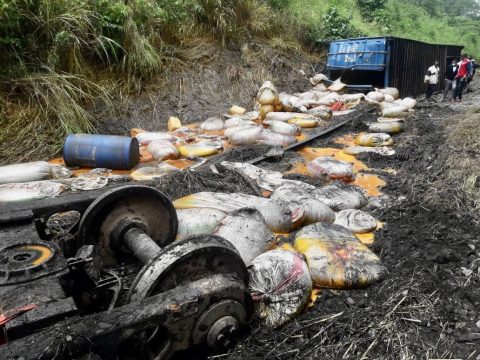 The derailment of a freight train in Lubudi, southern Congo, caused the death of more than 70 people and injured more than 100, reported local authorities. The National Railway Company of Congo (SNCC) train allegedly derailed because its locomotive got carried away while driving on a steep slope. Local officials report that the train was also carrying people.

The derailment took place around 23:50 local time on Thursday, 10 March. The local authorities started sharing official information regarding the accident on Saturday, while the death and injury toll is updated continuously since investigations on the accident’s site continue. According to Congolese media citing local officials, the latest update from Sunday spoke about 75 deceased and 125 injured people.

The accident occurred while the train consisting of fifteen freight wagons was driving on a steep slope between Kitenta and Buyofwe villages about 19 kilometres from the capital of Lubudi territory in southeastern Congo.

Unclear cause of accident

“At midnight, on a slope, the locomotive got carried away before ending its course in a ravine. For the time being, it is impossible to put forward an assessment because the efforts to lift the wagons and see if there are bodies below are continuing”, said Clémentine Lutanda Wa Panga, Lubudi’s administrator on Friday.

The high number of casualties in this freight train derailment does not occur because the train was travelling through an urban or populated area. In contrast, Marc Manyonga Ndambo, director of infrastructure at SNCC, said to Congolese media that the freight train service carried hundreds of stowaways who had onboarded the train illegally.

The train’s wagons fell in the ravines of the area of the area after the derailment. As a result, the people in the wagons were trapped under the train losing their lives or getting injured severely. Until Sunday 133 March afternoon, “some of the bodies were still trapped in the wagons that had fallen into the ravines”, mentioned Marc Manyonga Ndambo, with authorities working at full steam to recover them and clear the tracks.