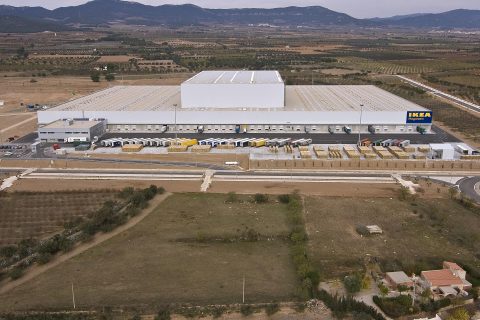 Ikea and Maersk set up another train connection in Spain

Following the first rail freight link launched by Maersk and Ikea between Barcelona and Tarragona, the two companies wish to do the same between the port of Valencia and Madrid. The success of the first rail link is the driver for expansion. The two companies are also looking to expand in other routes in the Iberian peninsula.

Before the Barcelona-Tarragona rail link, Ikea used trucks to transport products between the two destinations. However, since September 2020, discussions with Maersk initiated a more eco-friendly transport solution which is now in place. Specifically, Maersk’s train transports Ikea products from Barcelona to Tarragona, covering 100 kilometres. From Tarragona, cargo tranships on lorries for a remaining distance of 30 kilometres to Valls, where Ikea has its customer warehouse & distribution centre.

Ikea will replicate the transport model used between the port of Barcelona and Tarragona to the new route linking the port of Valencia and Madrid. This is because the companies experienced a positive reception of their first service, reports the Spanish website el Mercantil. As a result, they increased their services to two per day and expanded with a new product.

The Barcelona-Tarragona rail link commenced on June 2021. The most important aspect of this partnership between Maersk and Ikea was the service’s short-distance profile. Companies choosing rail over long-distance inland transport is one thing because of faster transit times, price competitiveness, tailor-made solutions and, last but not least, better environmental performance. However, rail undertaking transportation for such a short distance, traditionally covered by trucks, is something that the whole sector could focus on.

Maersk forecasts that this model will spread to other parts of Spain and even to other countries. The same solution has already been applied successfully by Ikea and Maersk between Vado and Piasenca in Italy, making the Spanish expansion look even more feasible.