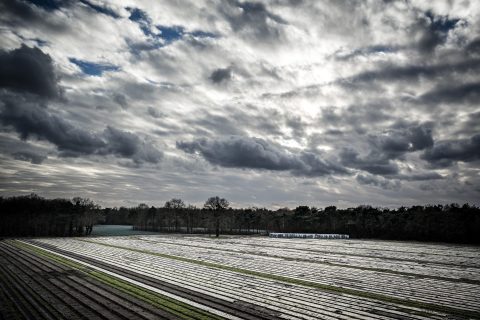 Storm Eunice: no rail traffic in several parts of West-Europe

All railway traffic in the Netherlands will be halted on Friday from 2 till 10pm due to storm Eunice. This was announced by infrastructure manager ProRail and the NS, which provides passenger services, on Thursday. In Germany and Belgium rail traffic is partly halted.

On Friday at 3pm today, ProRail reported that as soon as the ‘code red’ classification of the weather situation is gone, the railway tracks will be inspected, for both freight and passenger lines. When railway lines are safe, trains will be allowed to pass again. Rail freight corridors will in this way be opened as soon as possible.

Also Germany is gearing up for the storm on Friday afternoon. In the northwest of the country passenger traffic is suspended from 3pm, in the northeast from 5pm. Deutsche Bahn recommends rail freight traffic to stop running in these areas too, but also notes that it is permitted if necessary, and at a speed not more than 80kmph. These measures could be extended on Saturday morning if needed.

In Belgium, rail traffic is suspended from 2-6pm in the northwest of the country, including the area around the port of Antwerp. Infrabel posted a map on Twitter with railway lines being closed, and railway lines where a maximum speed applies. 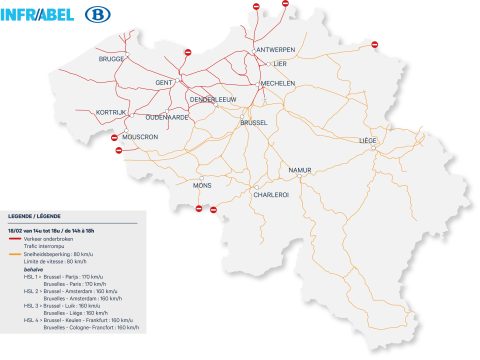 Storm Eunice is the second storm that hits the west of Europe and the UK this week. On Wednesday night, storm Dudley raged over the region, also impacting rail freight operations. In the northern half of Germany, operations at container terminals and on many railway lines were affected. Train traffic between  the Netherlands and Germany via the border crossing Emmerich was strained due to damage to the catenary.

On Thursday afternoon and Friday morning, operators were able to recover shortly. “Train traffic via Tilburg – Den Bosch and via Eindhoven – Den Bosch resumed this morning at 05.30 am”, said DB Cargo the Netherlands. But it added that DB Cargo’s international train traffic is experiencing delays.

Watch RailFreight Fridays about the storm