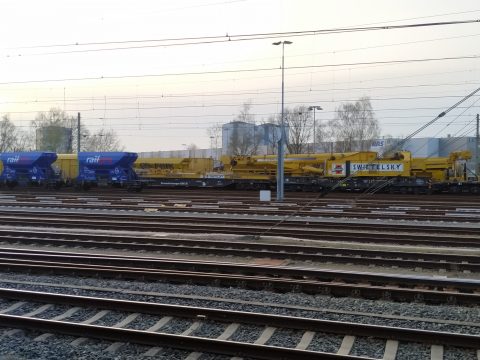 From Wednesday night, the Netherlands is experiencing stormy weather that could hinder rail freight traffic. The storms Dudley and Eunice are raging over the country for the next two days, which has resulted in a ‘code yellow’ classification from the Dutch forecasting agency KNMI.

“There is currently no train traffic between Roosendaal and Lage Zwaluwe due to a power failure. DB Cargo trains are diverted as much as possible. The disruption is expected to be resolved around 9:30pm”, the operator reported at 8pm.

Dutch infrastructure manager ProRail has taken measures to prevent train failures as much as possible. A team of ‘incident responders’ are available in all regions to intervene in case of calamities. In addition, contractors have breakdown teams ready, so that they can immediately go on site to carry out repairs.

ProRail asks contractors to secure their building materials to prevent them from ending up on the tracks. Furthermore, a locomotive has been made available to tow stopped trains.

The storms Dudley and Eunice will hit the Netherlands right after each other. While Thursday afternoon is forecast to be relatively calm, the winds will become stronger again on Friday night.

Currently, wind gusts of 75-90 km/h can be observed throughout the country. Wednesday night is expected to remain stormy.