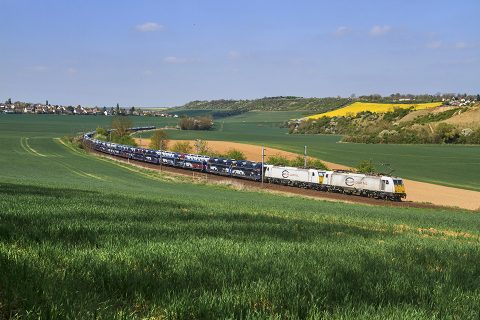 Alliance 4F (Fret Ferroviaire Français du Futur), which brings together the French rail freight industry, has published a Charter of Commitment for the attention of the candidates in France’s forthcoming Presidential election. Instead of 1 billion euros, 10 billion euros is needed to stimulate the rail freight and combined transport sectors up till 2030, the alliance states.

Entitled, Rail Freight of the Future…. Dare to act, it calls on the candidates to take a stand on the objective that was included in climate change legislation passed last year: doubling the proportion of goods transported by rail in France by 2030.

Alliance 4F noted that France continues to lag behind its European neighbours. “Most of them have already made the political choice to support rail freight, which sometimes exceeds 30 pent of the modal share (as in Switzerland and Austria). The European average is 18 per cent, while France is at 9 per cent.”

Although several advances have been made in recent months with the presentation of a National Strategy for the Development of Rail Freight, the signing of a Pact, the signing of the first financing agreements between the State and SNCF Réseau and aid to rail freight operators which continues until 2024, efforts must be continued and intensified to achieve the objectives set.”

To meet this challenge, Alliance 4F is asking the candidates for the French presidency to make their position on rail freight clear and to commit to the following:

It said a “promising dynamic” has been underway since June 2020 under the impetus of an “”unprecedented” alliance of French rail freight players united within 4F. This has led to the definition of a national roadmap and a unanimous agreement on the fact that rail is an immediately available solution, combining ecology and economy.

“But we now need to take a further step to develop this activity, which has been neglected for decades by the public authorities. France lacks ambition in investing in its rail network. While the (state) stimulus plan has earmarked 1 billion euros for rail freight, 4F estimates the funding requirement at 10 billion euros by 2030. In comparison, Germany has announced 13.5 billion euros in a single year.

A rightful place for rail freight

“For all the solutions it offers, French rail freight deserves to be considered in its rightful place in the (presidential) candidates’ economic and environmental programmes.

“The members of Alliance 4F are at their (the candidates’) disposal to discuss these issues and collect as many signatures of support as possible on this subject of general interest and where public expectations are high. Let’s dare to make an environmental and technological change that makes sense. Let’s dare to act!”